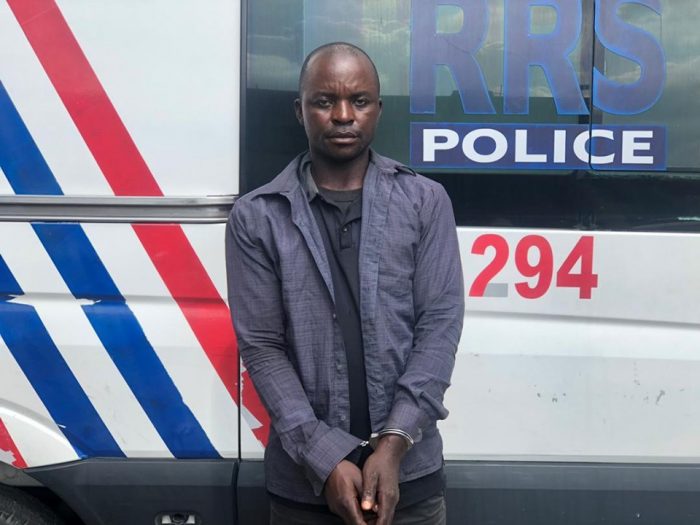 The Lagos Police Command has confirmed the arrest of an ex-convict, Emmanuel Sunday, 32, for alleged traffic robbery in Ketu, Kosefe Local Government Area of the state.

SP Benjamin Hundeyin, the state command spokesperson, confirmed the arrest in a statement issued on Wednesday.

He said that the suspect, who was notorious for dispossessing motorists of their belongings, was arrested by officials of the Rapid Response Squad (RRS).

“The suspect was apprehended around 8:00 p.m when RRS officials working undercover spotted him while trying to dispossess a motorist of his mobile phone at Ojota Underbridge.”

Hundeyin said that the suspect revealed that he had recently been released from prison.

“Sunday disclosed that he was arrested a few months ago by Alapere Police Division for stealing, for which he was sentenced to a three-month jail term in Kirikiri Correctional Centre.”

“His arrest came on the heels of the strategic deployment of undercover policemen to comb areas with incidences of traffic robbery by the Commander RRS, CSP Olayinka Egbeyemi,” he stated.

CP Abiodun Alabi, the state’s Commissioner of Police, had directed that the team leave no stone unturned in the arrest of remaining traffic robbers in the area.