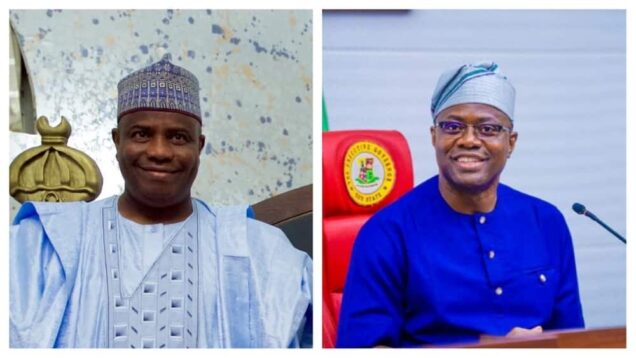 This follows the resignation of Sokoto State Governor, Aminu Tambuwal from the position on Thursday.

Tambuwal announced his resignation at the PDP’s National Executive Council meeting in Abuja.

Following his resignation, Makinde was named the new chairman of the governors forum.

Earlier, the National Executive Council (NEC) of the PDP had passed a vote of confidence on its National Chairman, Iyorchia Ayu to stay as chairman.

The party held its NEC meeting in Abuja on Thursday to address issues in the party.

The 397 members of the NEC present at the meeting voted in support of Ayu to continue as the chairman of the party.

There have been mounting pressure on Ayu to resign as PDP Chairman by those loyal to Governor Nyesom Wike.

The raging crisis is almost tearing things apart in the party, which might affect its chances in the 2023 presidency.

Also, the Chairman of the Board of Trustee (BoT) of the party, Senator Walid Jibrin, resigned his position over the crisis rocking the party.

Jibrin has held the position for six years after taking over from Haliru Bello who was removed in 2016.

However, he tendered his resignation after some members of the PDP national working committee (NWC) met in Abuja on Tuesday and resolved not to attend any meeting presided over by Iyorchia Ayu, the national chairman, henceforth.

Wike and others have complained bitterly that PDP is fast becoming a northern party as all key positions were held by members from the zone.