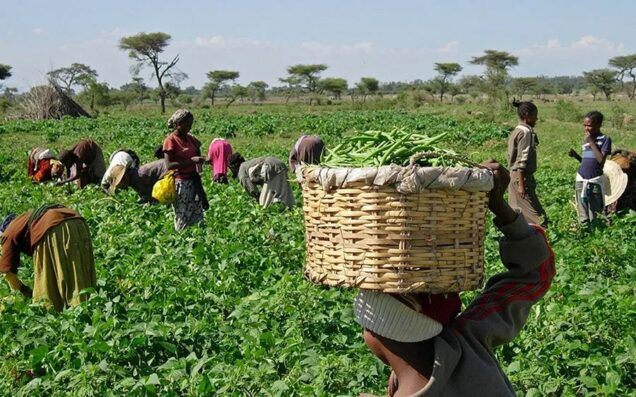 The Kaduna state Government said it has registered more than 100,000 farmers across the state in its ongoing development of a database.

Bayero, who explained that the exercise began in February, spoke on the sideline of validation of Gender Situation Analysis of Agriculture and Rural Development in the state.

He said that the goal was to know the number of farmers in the state for planning purposes.

This, according to him, will enable the state government to plan interventions that would meet the needs of different categories of farmers across the state.

“This will help us to know the quantity of fertilizer, chemicals, and other herbicides required annually to meet the needs of the teeming farmers’ population in the state.

“This is very critical because if you do not know the number of mouths to feed in households, how do you plan for the meal?”

The General Manager said that at the end of the exercise, KADA would be able to determine the number of farmers according to local government areas, their peculiarities, and needs.

He identified insecurity as one of the challenges affecting the exercise, adding, however, that the agency was doing all it could to reach all the nooks and crannies of the state.

This, according to him, was to ensure that no farmer was left out.

He advised women farmers, both as individuals and in groups, to take advantage of the exercise to get registered and to access government support with ease.

Bayero noted that women had been suffering from social and religious norms that deprived them of having access to land and community resources as well as other critical support for agricultural production.

He described women as “breadwinners” of most families in communities, supporting the men in taking care of basic household needs.

According to him, empowering women in agriculture will go a long way in improving the livelihood of the family.

He commended Legal Awareness for Nigerian Women (LANW) for leading the advocacy for the domestication of the National Gender Agricultural Policy in the state.

The Gender Situation Analysis of Agriculture and Rural Development in Kaduna State was inaugurated by the LANW.

Mrs Rebecca Sako-John, member of the Board of Trustees, LANW, had explained that the goal was to generate data that would be used to develop a gender policy in agriculture for the state.

Sako-John said that the main objective was to highlight the differences and inequalities between women and men in relation to their tasks, access to resources, opportunities, constraints, and priorities.