Love life of Charles and Camilla 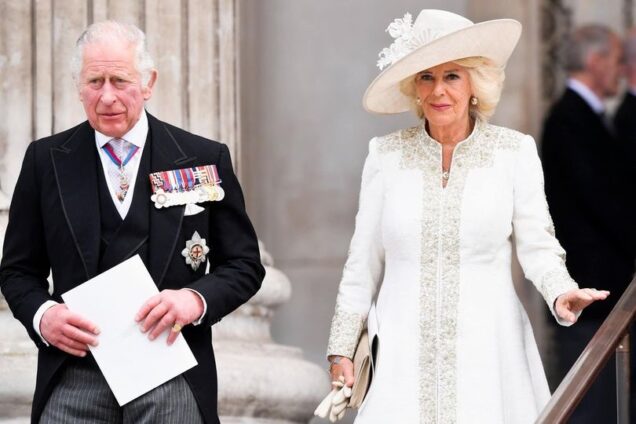 To those who do not understand why I called the wife of the new king of England, King Charles, “Side Chick”, let me share their beautiful love story.

The course of true love never runs smooth, and that was certainly the case for the Prince of Wales and the Duchess of Cornwall. It took years for the British public to accept Camilla as Charles’ new girlfriend and then wife in 2005, following the death of Diana, Princess of Wales. But over the decades, fans have warmed to the Duchess and credit her with supporting the future king and becoming his rock.

As Charles and Camilla celebrated their 17th wedding anniversary last weekend, let’s take a look at their enduring love story, which started in the seventies…

A chance meeting at a polo match in 1970 marked the beginning of Camilla Shand’s relationship with Prince Charles. The two – both aged 23 – began dating, but their romance cooled when the future King was called away on naval duties overseas. He didn’t ask his girlfriend to wait for him, and she went on to marry – and have two children – with long-standing admirer Andrew Parker Bowles.

The two remained friends, however. Charles was godfather to Camilla’s son Tom, born in 1975, and continued to see his former girlfriend and her new husband on the social scene and polo circuit. While Camilla got settled into family life, Charles found love again with Lady Diana Spencer, whom he went on to marry in July 1981.

Both of their marriages fell into difficulty, however. Camilla and her former ex divorced in 1995, and Prince Charles, the year after in 1996.

But before they divorced their partners, King Charles and Camilla were “knacking” by the side while still married to different partners because the attraction and Love that held the two of them together was very strong.

They could not help it as Okafor’s law was very strong in their sex life.
King Charles’s relationship with his married side chick, now his wife contributed to what made his first marriage to crumble as late Diana was frustrated that she was sharing her husband with another woman and to make matters worse, King Charles loved and found her side chick more attractive than his wife.

After the tragic death of Princess Diana in 1997, the two kept their blossoming relationship low-key. However, they made their first public appearance together in 1999, at a party at the Ritz Hotel in London.

Operation Ritz – as it was dubbed at the time – was orchestrated by the Prince’s spin doctor, Mark Bolland. Mark was tasked with presenting Charles and Camilla to the world and persuading the public to accept them as a couple.

From then on, Camilla made more and more high-profile appearances alongside Charles.
Three years later, came the news many royal watchers had been waiting for. Charles and Camilla were engaged to be married. Charles presented his future wife with a unique art deco style ring featuring a huge square-cut diamond flanked by three diamond

The couple’s immense joy was evident as they posed for their official wedding photos after tying the knot on April 9, 2005.

Following their wedding, the Duchess of Cornwall has been credited with bringing a joie de vivre to the couple’s shared life. And never is that so evident than during their public engagements, when a shared laugh never seems to be far away.

In Camilla, Charles has found his soulmate and equal. A witty and intelligent woman, she shares his love of outdoor life and never fails to bring a smile to his face.

King Charles’ beautiful love story with his formerly married side chick, now his wife and the Queen’s consort, reinforces what I have always believed: that attraction is important in marriage and a lack of it will spell doom for that marriage.

Also, side chick life matters as a side chick today can be a queen tomorrow and more than anything, you can meet the love of your life even after you are married, so there is no formula to this love thing.