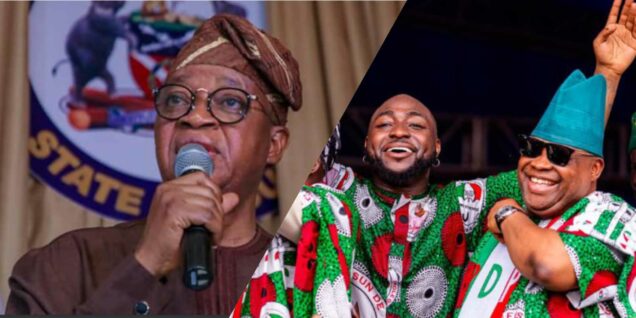 His uncle, Senator Ademola Adeleke of the Peoples Democratic Party (PDP), won the July 16 governorship election in the state.

The ’30 BG’ gang leader posted a screenshot of a news alert on his Instagram story, writing “@adegboyegaoyetola guy just be going an. WTF!! Nigga is actually delusional. If I see any random person for government house on Nov. 28th (laughing emoji) ok”.

It partly read “We have a tip-off which we consider to be very credible the APC has perfected a plot to burn down the INEC secretariat at Osogbo.

“We gather specifically that the target is the strong room where the machines are kept as well as the ICT section of the commission.

“We are urging the management of INEC to strengthen security protection for the state INEC office. This threat should not be taken lightly, especially after the open declaration of insurgency on the state by Mr Famodun” the statement added.