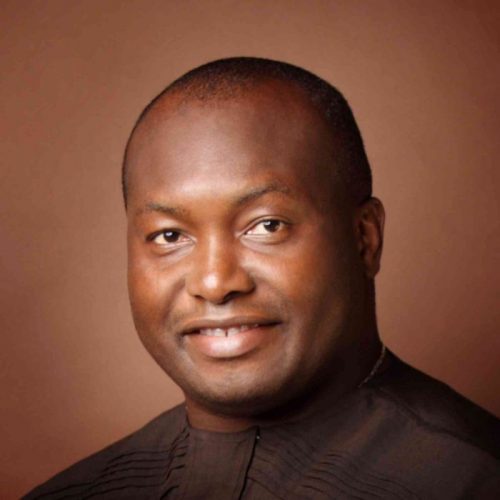 Senator Ifeanyi Ubah escaped death by the whiskers on Sunday in Anambra as gunmen opened fire on his convoy with several of his aides and policemen feared killed.

It was gathered that the gunmen had laid ambush on the senator’s convoy spraying the convoy with bullets from all sides, leading to the death of many of his aides, including police officers.

Ubah was said to have managed to escape from the scene during the heavy gun-attack on his convoy.

DSP Tochukwu Ikenga, spokesperson, Anambra Police Command, in a statement on Sunday evening the Commissioner of Police, Echeng Echeng had visited the scene of the attack.

Ikenga said details of the attack were still sketchy, but said police operatives were on ground to monitor the situation.

Channels TV quoted an aide of Ubah as saying that the attack was an assassination attempt, but that the Senator was able to escape because his vehicle was bulletproof.

The aide who craved anonymity, stated that the the senator and his convoy were passing Nkwo Enugwukwu junction when they were shot at from all sides by the attackers.

A special aide to the Senator, as well as five policemen were reportedly killed.

Ubah is said to be in an undisclosed hospital where he is being monitored by doctors even though he was not physically hurt.