Why Queen Elizabeth II chose to die at Balmoral Castle 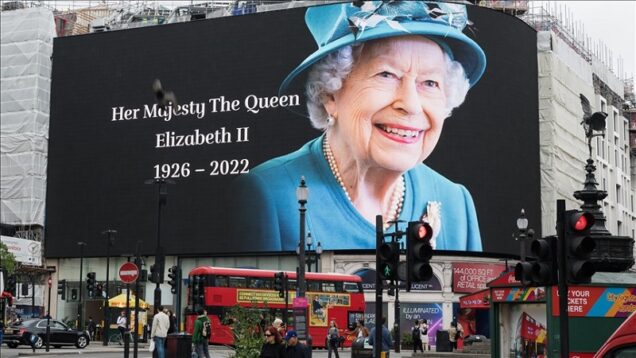 Why Queen Elizabeth II chose to die at Balmoral Castle

There is something mystical about Queen Elizabeth II who passed away on Thursday, 8 September, at Balmoral Castle, Aberdeenshire, Scotland.

There is something magical about the queen who breathed her last at a place she loved so much and called home: a place she was fond of.

There is something strangely familiar about the queen who took refuge at Balmoral Castle when London was under constant aerial bombardment during the Second World War and decided to bid the world goodbye there.

And just as it was in 1939, today’s world is no different. We are under constant bombardment, what with climate change, Covid 19 and other epidemics, economic challenges, racism, terrorism, inequalities, rising poverty, the Russian- Ukraine War and a third world war looming under cloudy skies.

We are under constant bombardment from the vagaries of the times and a world that is, as the English poet Thomas Gray would say, beating funeral drums to the grave.

Does anyone wonder why the queen performed her last public function at Balmoral Castle – showing that sense of duty she was legendary for – when she received Liz Truss and asked her to be Prime Minister on 6 September, just two days before her passing?

Does anyone wonder why the longest-serving monarch in British history and the second longest in world history chose to go home at a place she called home, a place rich with history?

Rich with history? Sure. It was Prince Albert, husband of legendary Queen Victoria who bought the estate and castle from the Farquharson family in 1852.

When the royal couple first visited the place on 8 September 1848, Queen Victoria found the house “small but pretty,” and recorded in her diary that: “All seemed to breathe freedom and peace, and to make one forget the world and its sad turmoils”.[

Does anyone still wonder why the queen fell in love with Balmoral Castle and always went there to breathe freedom and peace and forget the world and its sad turmoil, the way Queen Victoria had earlier done?

Still, the fact remains that the Queen’s life was not just magical but also the gods smiled on her. And the circumstance of her ascension to the throne of her ancestors proved that the gods and of course the heavens had a hand in that.

Queen Elizabeth was destined to be Queen. She became Queen by a sheer twist of fate, which indeed the gods orchestrated. Her dad King George II was not supposed to be king as he was the younger brother of King Edward VIII, who abdicated the throne in order to marry the divorced American socialite, Wallis Simpson.

Had King Edward VIII not abdicated the throne, the Queen’s father, King George VI would not have become King. And Queen Elizabeth, who pronounced her name Lilibeth when she was a little girl would not have been Queen either.

That the heavens had a hand in the Queen’s ascending the throne is very obvious. And it is also significant to note that Queen Elizabeth was the first female to mount the throne after Queen Victoria, who also became Queen by a sheer twist of fate.

Queen Victoria and Queen Elizabeth II share some uncanny similarities. Both of them were not only females but they became queens by twist of fate.

Both of them were also gifted with longevity and hold the record as the longest surviving monarchs in British history. While Victoria was monarch for 63 years, Elizabeth was Queen for 70. And they both had a legendary fondness for Balmoral Castle that borders on the mystical.

And just as the world currently mourns her passing, it should take cognizance of the immortal words she said when she gave her first ever public speech on the radio at 13, now that the globe is on the brink of collapse.

“And when peace comes, remember it will be for us, the children of today, to make the world of tomorrow a better and happier place,” she said.

But will the world of tomorrow be a better place? That’s a question we all need to ask ourselves.

Still, we need to make the world the same way Queen Victoria had seen Balmoral Castle in 1848, a world where “All seemed to breathe freedom and peace and to make one forget the world and its sad turmoils.”

Nehru Odeh is a journalist and writer. He is the author of The Patience of an Embattled Storyteller. He writes for The NEWS/PM NEWS.