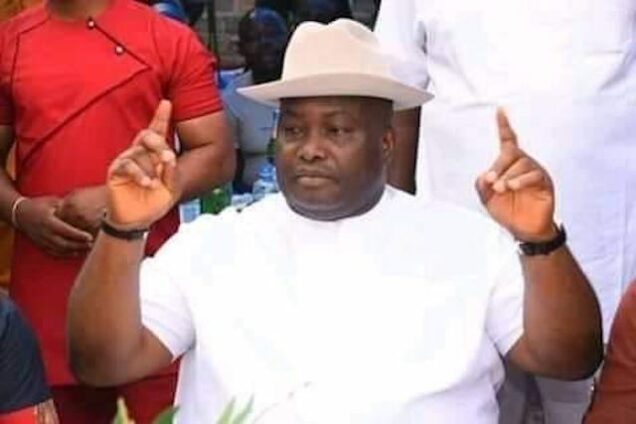 The attack on Ubah, representing Anambra South Senatorial District claimed the lives of some persons in the convoy, while the Senator narrowly escaped the bullets of the suspected assassins.

In a statement by his Press Secretary, Christian Aburime, Soludo said his administration was fully determined to wipe out every act of criminality in Anambra state.

He described the attack as the “last ditched-effort of a sinking boat” by criminal elements in the state.

He reassured the people that all security agencies were on full alert to fish out the perpetrators of the henious attack who would be made to face the full wrath of the law.

Soludo commiserated with the senator and the families of his aides killed as well as the state commissioner of police, for the policemen who also lost their lives.

While confirming the incident, Anambra Police Command, through DSP Tochukwu Ikenga, its Police Public Relations Officer described it as unfortunate and sad.

He said that the Commissioner of Police, Mr Echeng Echeng had already led operatives to the scene of the attack around Nkwo Enugwu Ukwu market area.

The PPRO said though details of the incident were still sketchy, operatives were on ground while the situation was being monitored.

He said that further details would be communicated to the public.

Mr Kameh Ogbonna, media assistant to Ubah, had in a statement said the senator was able to escape the terror because of the bullet proof vehicle he was riding in.

“If not for the bullet proof jeep the senator was ridding in, he would have been dead by now.

“We were passing Enugwu Ukwu junction when they hit us from all sides and as I speak with you Obum, the special aide to the senator is dead.

“About seven security operatives were hit by the assassins bullet,” he stated.