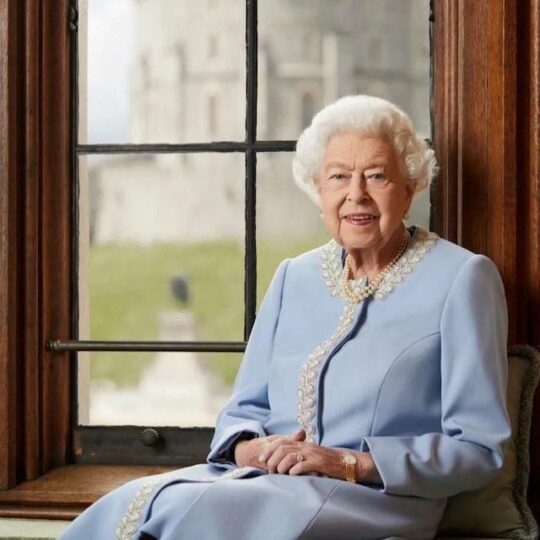 As a child growing up on Lagos Island, I frequently walked through the Race Course to school. The premises of the old House of Representatives building was in that complex. Sitting outsize in a regal flowing gown was the huge bronze statue of Queen Elizabeth II. Sculptured by Nigeria artist, Ben Chukwukadibia Enwonwu, it was commissioned in 1956 by the Queen during her visit to Nigeria. She was the Nigerian Head of State because the country was a British colony.

I loved the sculpture, more so when hanging on the wall of my home was a photograph of my beautiful mother striking the same pose. However, a major contrast was that while the Queen was quite slim, my mother had some bulge, and I was told that I was the bundle of joy growing in her.

Then a few years later, it was reported that the statue had to be removed because protesting students had tried to destroy what was the symbol of neo-colonialism and British interference in Nigerian politics. The statue which was conceived as the symbol of British-Nigeria friendship, later found a home in the Museum in Lagos where such relics are housed.

Under colonialism, it was a crime to insult the British crown. You can therefore imagine the courage of a Nigerian youth, Raji Abdallah who on being hauled before the colonial courts in 1948 for treason, famously told the judge: “I hate the crown of Britain with all my heart because to me and my countrymen, it is a symbol of oppression, a symbol of persecution, and in short, a material manifestation of iniquity.”

There were many cases of brutish acts by the British colonialists in Nigeria which supported Abdallah’s characterisation of the British Crown. In 1929 when unarmed women in Eastern Nigeria protested against the imposition of taxes on them, the British army attacked them, killing 55 women and injuring fifty. On November 18, 1949 when striking workers in the Iva Valley Mines in Enugu refused to assist the management evacuate explosives, armed British policemen opened fire on the unarmed workers. Within minutes, 21 Nigerian workers were shot dead with 51 injured.

This image of the iniquity of the British Crown also manifested to Kenyans whose lush lands the British wanted to convert to their permanent settlement. On February 6, 1952, while on holidays in Kenya, Princess Elizabeth’s father, King George VI died and she was immediately named Queen. That same year, the Kenyans began their campaign for independence. In the eight-year insurgency, 32 White settlers and about 200 British soldiers, policemen and auxiliaries were killed while in the name of Queen Elizabeth II, the British killed an estimated 20,000 Kenyans. Officially, 1,090 Kenyans including their leader, Dedan Kimathi were hanged, and entire Kenyan villages were detained en-mass in Nazi-style concentration camps.

There are have been mixed reactions following the September 8, 2022 passing of Queen Elizabeth II. Some mourn her death while others snigger at her allegedly being the greatest receiver of stolen goods in world history. This is quite uncharitable because unlike Queen Elizabeth I who invested in the dubious but quite lucrative business of piracy and even knighted her leading pirate, Francis Drake, Elizabeth II is not known to have taken part in any direct criminality. Her guilt stems from the fact that she was Queen of England, the nation that conquered and annexed Scotland, Wales and Northern Ireland and invaded, occupied or fought 90 per-cent of the countries that today make up the United Nations; that is 171 countries of the 193 countries in the UN. In the process, it looted countries around the world, stealing amongst other treasures, human beings, land, crowns, gold, diamonds and artifacts. One of the crowns Queen Elizabeth II held on to is the Kohinoor Crown with 2,800 diamonds which contains the 105 carat Kohinoor diamond stolen by Britain in the mid-19th Century from the Mughal Peacock throne in Delhi, India. This is the crown Queen Camilla is billed to wear at Charles III’s coronation.

Britain under her was quite wealthy; in terms of gold alone, it held about 400,000 bars worth over £200 billion. But a lot of that wealth was stolen. For instance, between 1705 and 1938, Britain stole over £45 trillion from India alone. But that was not under the reign of Iya Charlie, as many Nigerians called the Queen; she was just the inheritor.

After the May 26, 1908 discovery of oil in Iran, Britain cornered virtually the whole oil wealth until the Iranians revolted. The British Government which in 1914 formally took control of the Iranian oil, decided that only 16 per-cent of the oil wealth would go to Iran. Despite this level of insatiable greed, it was Britain alone that calculated how much wealth the Iranian oil generated, then decided how much of it was paid as tax to itself before purporting to pay the 16 per-cent.

In protest, Iran decided on May 2, 1952 to nationalize its oil. This did not go down well with Britain which with the United States on August 19, 1953, overthrew the Iranian government led by Mohammed Mussadeq and imposed Shah Reza Pavlavi as the dictator of Iran. This was in the sixth month of Elizabeth II’s reign as Queen. Iranians were not to regain control of their oil wealth until 1979 when it staged its revolution.

There is a trite saying: “Uneasy lies the head that wears a crown” This may be true of the Queen as she tried to balance crown and family; it appears the latter suffered. Despite her best efforts and interventions, three of her four children were enmeshed in endless scandals especially marital. It told of her judgment of character because under the Royal Marriages Act 1772, she had to consent to the marriages of her children and lineage.

Her only daughter, Princess Anne like many young people, had various relationships before marrying Captain Mark Phillips on November 14, 1973. They had two children, Peter and Zara Philips before they divorced in 1992. On December 12, that same year, she married current husband, Sir Timothy Laurence.

Part of the complication is that Princess Anne dated Andrew Parker Bowles in 1970, but the problem was that he was a Catholic, so technically, the Queen would not approve their marriage. On July 4, 1973 Bowles married Camilla Rosemary Shand. They had Tom and Laura Bowles.

Prince Charles dated Lady Sarah Elizabeth Spencer but they could not be allowed to marry, some say it was because she was not a virgin. So, Sarah Spencer introduced her younger sister, Diana to Charles. They met thirteen times before their clearly, pre-arranged marriage on July 29, 1981.

Despite both being married, Prince Charles and Mrs Camilla Parker Bowles began dating in 1986. Camilla was actually, Diana’s ninth cousin. This infidelity led to complications in the marriages with Camilla divorcing Bowles in 1995 and Charles divorcing Diana in 1996, a year before she was killed in a car crash.

Queen Elizabeth who ordered the Charles-Diana divorce, would not accept Camilla, a divorcee as her new daughter in-law more so as she would be in line to be Queen. Eventually, she bowed to pressure and Charles married Camilla in 2005.

Perhaps the most complicated of all is Prince Andrew, the Queen’s third child who was married to the feisty Sarah Margaret Ferguson better known as Fergie. They got married on March 19, 1986, had two daughters, princesses Beatrice and Eugenie, and after some scandals, divorced in 1996 but still live together.

Prince Andrew was implicated in an international paedophile scandal for which he paid a financial settlement to Virginia Giuffre whom he had sexual relations with when she was 17.

Queen Elizabeth II has played her role and will be laid to rest on Monday, September 19, 2022. It is left for King Charles III to play his role. Whatever the case, the sun will continue to set on the English monarchy.