Oprah in tears at Toronto premiere of Sidney 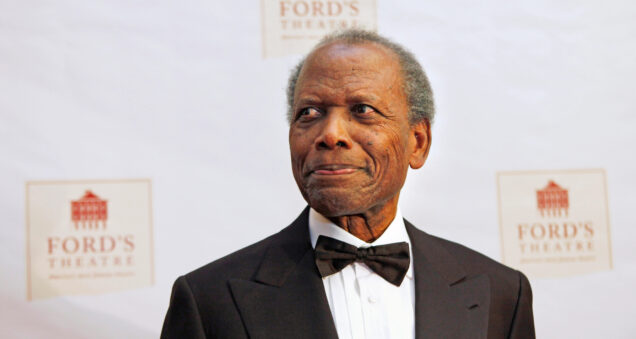 Oprah Winfrey was overcome by emotion Sunday during an interview on the upcoming documentary “ Sidney,” a life-spanning portrait of Sidney Poitier.

She plunged her head into her hands and cried, “I just love him so much.”

Denzel Washington, Spike Lee, Morgan Freeman, George Nelson, Robert Redford and Halle Berry were all interviewed in “Sidney,” and their reflections on the iconic performer and civil-rights activist are often illuminating.

But “Sidney” means something intensely personal for Winfrey, a producer on the film.

“I was trying not to lose it, actually, because my love for him is as deep and as strong as for any human being I know,” Winfrey said in an interview at the Toronto International Film Festival, where “Sidney” premiered Saturday.

“He was my adviser, my counsellor, my friend, my comfort, my balm, my joy.”

“Sidney,” which Apple TV+ will premiere Sept. 23, arrives eight months after the death of Poitier, the groundbreaking actor who paved the way for countless Black actors in Hollywood and single-handedly revolutionized how they were portrayed on screen.

Directed by Reginald Hudlin, “Sidney” was made with the cooperation of Poitier’s family. Much of it had been completed before he died in January at the age of 94, including his interview with Winfrey.

But the loss of Poitier — whom Winfrey at the time of his death called “the greatest of the ‘Great Trees’” — has made “Sidney” only more poignant.

“The film is an act of love for me for him,” Winfrey said as tears again welled up. “I don’t know why I’m breaking down. My opportunity to do this was my offering to him.”

Winfrey has said her life was irrevocably altered when she saw Poitier become the first Black performer to win best actor at the Academy Awards (for 1963′s “Lilies in the Field”). A life in show business suddenly became attainable to her.

They later met for the first time when Winfrey’s talk show was taking off. Poitier was one of the few who could understand what she was going through as a Black entertainer.

“During the early days of navigating fame and all that comes with fame, being assaulted on all sides by Black people, white people, people saying you’re not this or you should be doing that, he was the person I turned to,” said Winfrey.

“He said, ‘It’s always a struggle and a challenge when you’re carrying other people’s dreams.’”