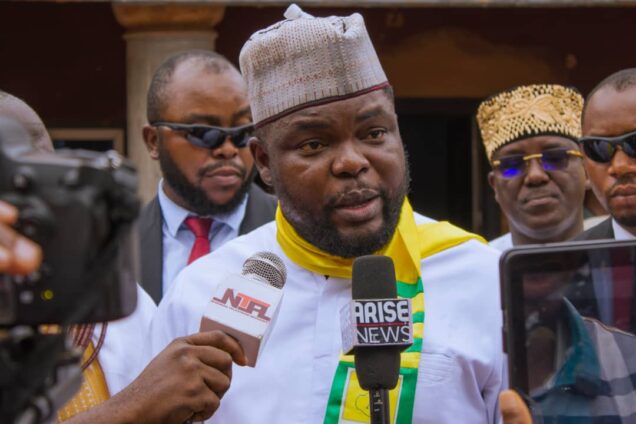 Nigerian youths have been urged to elect leaders that can help them maximise their potentials in a country now with less and less opportunities for self actualisation as the stage is getting set for the 2023 general elections.

The younger generation finally had their wishes of active participation in the country’s political process granted when the ‘Not Too Young To Run’ bill was signed into law by President Muhammadu Buhari in 2018.

That has paved the way for an unprecedented upsurge of candidates of youth extraction coming into the race for top political offices, including that of the presidency which promises to be keenly contested come 2023.

But the progress made so far can easily be eroded should the youths fail to seize the opportunity provided by the new law to effect a change in government by installing one of their own.

This is the view of Accord presidential candidate, Professor Christopher Imumolen who insists there can be no better time than now for that generational change to happen.

Professor Imumolen, 39, while speaking in a recent forum in Abuja told the youths that they can use the two powerful weapons of unity and numerical strength to great effect in their desire to see that they install a president who is not only young, but energetic and empathetic enough to solve their problems and reposition the country on the part of economic growth.

“When God wants to bless a man, He brings him a benefactor,” Imumolen said while offering himself for leadership.

“With my track record of service to Nigerians, including the youths at different levels and capacities; where we have solved problems at micro and macro levels, touching lives, offering scholarships to advance the educational needs of thousands and thousands of students, empowering women, farmers to access loans for businesses and agricultural projects, and so many of such humanitarian endeavours, I think I am eminently qualified to administer the affairs of this country if given the mandate by the people,” he said.

“How to know a leader who is a problem solver, and who is committed to the welfare of the people is no rocket science. It is evidential. Leadership is the things you do to positively impact the lives of the ordinary man out there.

“That is why I am usually not perturbed when people tell me I lack leadership experience because I haven’t held a political office before.

“But tell me, how much experience did Nelson Mandela have before he became president of a post-apartheid South Africa?

“Yet, Mandela was a far better leader than all those who came before him because he was driven by one thing — the passion to see a better life for the people of his country.

“That is the same passion that is motivating me. I want to see a better Nigeria where things work. Where things will be done differently. And if I can demonstrate this over the years in my little way in the many people-oriented programmes I have initiated and solely sponsored at different levels, then I can definitely do more at a higher level where there will better resources to affect the larger society,” he added.