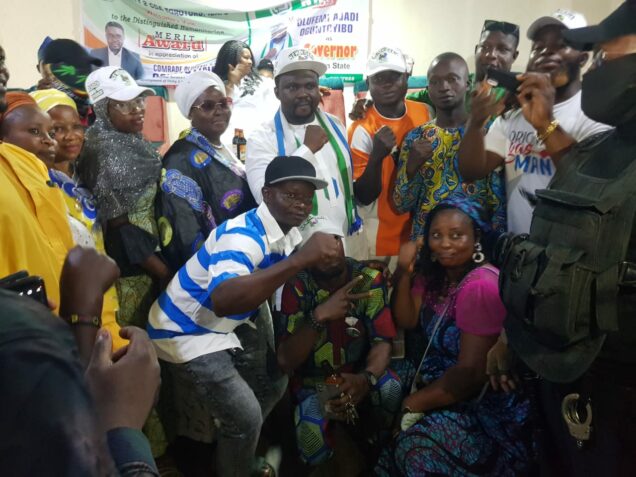 The support base of the New Nigeria People’s Party (NNPP) gubernatorial candidate for Ogun State, Mr. Olufemi Ajadi has received further enlargement and boost with more constituencies pledging their support.

The latest support is coming from members of the Community Development Council, CDC; Landlords, and other residents of the Torotoro community in Ibafo, Obafemi Owode Local Government, Ogun State.

They stated their stance on Sunday, September 11, with one voice endorsing his governorship candidacy.

According to them, they prefer Ajadi to other contestants and would demonstrate this with their votes in the forthcoming elections in the state.

While speaking at the event, an elderly statesman in the community, High-Chief, Aina Adeosun, said members of the Community Development Association, CDA, and other stakeholders in Torotoro and environs had agreed to vote for Ajadi at the 2023 Ogun gubernatorial election as they felt it is time for Ibafo’s son to be in the state house.

“Even though Ajadi is one of us in this Torotoro, his philanthropic deeds are felt in almost all communities in Ibafo and I believe he will do more for us if he wins the governorship election,” he said.

The CDA chairman of Torotoro Unity 2, Ibitoye Marcus, said the endorsement of Ajadi’s candidacy was a unanimous decision by all the stakeholders in the community.

He added that they would do the needful during voting.

Responding, Olufemi Ajadi recapped the beginning of his quest for elective office.

He said it was a fallout of the sufferings that befell Nigerians following the annulment of Moshood Abiola’s 1993 presidential election victory.

Ajadi said he also partook in the suffering and had to cry out to God to make him a source of liberation for Nigerians from economic hardship.

He added that he had since prepared himself in every necessary way for the office and that Nigerians generally but Ogun people would enjoy good governance under his administration.