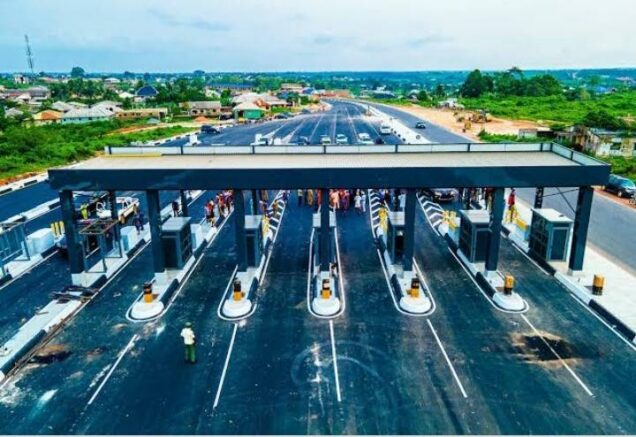 What is happening in Ogun State where Governor Dapo Abiodun is spreading projects around all the Senatorial Districts like confetti, and the way the citizens within and outside perceive this is analogous to the tale of the elephant and the blind men of Hindustan. A group of blind men heard that a strange animal, called an elephant, had been brought to the town, but none of them was aware of its shape and form. Out of curiosity, they said: “We must inspect and know it by touch, of which we are capable”. So, they sought it out, and when they found it they groped about it. The first person, whose hand landed on the trunk, said, “This being is like a thick snake”. For another one whose hand reached its ear, it seemed like a kind of fan. Another person, whose hand was upon its leg, said, the elephant is a pillar like a tree trunk. The blind man who placed his hand upon its side said to the elephant, “is a wall”. Another who felt its tail described it as a rope. The last felt its tusk, stating the elephant is that which is hard, smooth and like a spear.

While many perceive the achievements of Governor Abiodun, especially in the area of infrastructure, differently, this writer, like one of the Hindustan men, wants to view it from the prism of how it enhances economic development. From day one, Governor Abiodun appreciated (and still does) the role of investment as the engine of economic growth. For this, he established the Ogun State Investment Promotion and Facilitation Agency. It was “with a mandate to attract investors into the State; coordinate the private sector investment activities, and streamlining processes and procedures to ease the investors’ journey to setting up their operations successfully in the state.” Other supplementary initiatives include capacity building for well over 500 entrepreneurs across the State to enable them to access financing and also scale up their businesses; empowerment of over 2500 rural women across the state through the provision of products worth N100m; land acquisition within 30-day for the issuance of C of Os through the launch of an online portal and above all Ogun State Land Administration and Revenue Management System (OLARMS).

Governor Abiodun recognises the global nexus between economic development through investments and the provision of infrastructure. And he has been doing just that. Over 270km of new roads, accumulating to 661.76km, and 99.1km, cutting across the three senatorial districts have either been constructed or reconstructed, while over 562.63km of roads are ongoing throughout the state.

When some media executives embarked on a facility tour of our state, piloted by the Commissioner for Works and Housing, Engineer Ade Akinsanya, they had a first-hand feel of the infrastructural developments going on. The tour train moved to the Abeokuta-Sagamu expressway where they saw the flyover bridge over the Sagamu-Benin expressway. The visitors touched the Ijebu-Ode Mojoda expressway, Molipa express on Ibadan road, Igan road in Ago Iwoye and many other places. Inner city roads were not left out. The visitors saw the road linking Molusi College, Owode-Ilaro road and Atan-Lusada road, among others. The housing projects at Kemta and other areas were spectacular.

Not a few of the visitors wondered about the si, simultaneous works going on in the Ilishan-Ago Iwoye road, the Sagamu-Iperu roundabout, Oba Eriwole road, the Ilaro-Owode road, Somorin-Kemta road, Olomore-Sani road or the Mile 2-Ayetoro road. The tour train moved to the Ijebu-Ode Epe road constructed by Craneburg. That road was commissioned by President Mohammadu Buhari recently. The Atan-Lusada road was another major project that the people saw.

Among others, the administration has completed the Esure-Ijebu Mushin road, Igan road, Ekinrin-Idowa-Ibefun-Itokin road, Awujale road, Ijebu Ode-Epe/Sagamu Benin interchange flyover bridge, Molusi College road, Ilishan market road, Iperu-Roundabout Ode phase 2, Obafemi Awolowo Way-Mada Takete and the Molipa-Ibadan road. Residents of Oyingbo, Olisa, Saka Ashiru, Togburin, Agodo, Tigara, among others, know the relief that building their roads has brought to their communities. They can attest to the work done in other areas, including the Sagamu Ode Lemo road and the Ikenne-Ilishan Ago Iwoye road. In Ogun West, it has been projects galore from Ikola to Osi Ikola, from Raypower road to Igbesa-Ejinla road; from Imshai-Igan to Ayetoro; and from the Ilaro-Owode road, the Oke Ola road in Imeko, the Ilashe Koko-Alari road and the Ado Odo-Ikoga road. The ongoing work in these communities is ennobling, as are the works in Atan-Lusada-Agbara-Marogbo, and Singer to Toll Gate, among others. The Lusada-Atan Agbara road, in particular, is crucially important to the South-West, Nigeria and indeed the West African sub-region: it hosts the biggest industrial complex in Nigeria.

The Projects and the Economy
Among the projects visited was the ongoing Agro-Cargo Airport project, located at Ilishan-Remo which is expected to be completed before the end of this year. According to the Governor, the construction of the airport which commenced in March 2022 would witness its first official landing of cargo planes less than six months from now.
For its economic importance, the Ogun State Government, on 8 September 2022, received a Special Award for Concept and Design of the state airport at the Aviation and Cargo conference organised by AVIACargo Journal in partnership with atqnews.com.

When he received the award on behalf of Governor Dapo Abiodun at the Lagos Marriott Hotel, Ikeja, the State Commissioner for Works and Infrastructure, Ade Akinsanya, said the Agro Cargo Airport under construction is a very viable project with the socio-economic impact that would be felt across the value chain of the agro-processing sub-sector.

Akinsanya, while explaining that the project is not just an airport but a centre for value-added services, said the agro-serving aspect is the most interesting because it would be a conglomeration of agro-processing companies that turn materials into finished goods. He said, “The airport will also provide facilities for cargo processing, storage, warehouses and training centre, among others. This is an aerotropolis. The Agro-Cargo Airport will serve as a conglomeration to agro-processing companies as well as aerotropolis that have added value services when completed.”

Another project that has high economic value is the 19- kilometre Atan- Lusada-Agbara road in the Ado-Odo/ Ota Local Government Area of the state. When the Governor inspected the project in May this year, he said the road which was in very bad shape for a long time, would be provided with a fire station and an ambulance to take care of emergencies ranging from accidents and other unfortunate incidents, when completed.

In his words: “This very road is what earned us the industrial capital of this country. Before now, the condition of this road was nothing to write home about. It was in complete disrepair, rendering a lot of business moribund. Companies were closing shops and going somewhere else. Some even left the country and we thought this was not good enough.

“I made a presentation to President Muhammadu Buhari to take over the road because it is a road of economic importance and we can not claim to live up to our responsibility without taking up the repair of the road.

“Apart from leading to the industrial hub state’s industrial serves as a link to Lagos, neighbouring states and some states in the north, so, it became imperative for us to put the road in good condition”, he stated.

Apart from the Lusada axis road, others scattered all over the state will enable farmers to bring their goods to the cities like Lagos for sale. For industrialists, the roads will make for easy delivery of products from factories to consumption points. By extension, the presence of good infrastructure will be an infrastructure for global investment capital. Businesses will also spring up there and these will mean more revenue to the state government by way of taxation.

And for the roads that the government has started, one of which is the Ijoko, Alagbole and Ojodu highway, will shoot up the value of properties in the Ogun, Lagos boundary communities when completed. According to Engineer Akinsanya: “Already, contracts have been awarded for segment one from Sango and segment six from Akute with work already going on simultaneously”. He added that the contract of the road had been awarded to the tune of N300million to rehabilitate the remaining four segments by making them drivable before their complete reconstruction.

He said: “the Sango-Akute-Alagbole road is a 32-kilometre road awarded by the previous administration and unfortunately abandoned. What we are doing now is that instead of six lanes, we have re-scoped the road and our contractor is moving to the Sango-Ijoko area, working on that and of course the Lagos end. Segments one and six have been awarded. Included in the work is the palliative work that will ensure that from phase 2 to phase 5 should be motorable all Sango to Yakoyo end by December.”

For the ever-busy Lagos-Abeokuta expressway which is one of the major arteries linking Lagos with Ogun, Governor Abiodun announced that rehabilitation of some bad portions of the express road, grouped into five sections would be awarded for rehabilitation.
He said, “From toll gate to underneath the bridge at Sango, I am very confident that between two to three weeks, it would have completed the stretch of the road from tollgate to the bridge.

“The last time I was here, I promised that this road will be reconstructed within two weeks and I have come back today to ensure that the promise we made then has been kept.

“I also inspected the Lagos-Ota-Abeokuta road, starting from the old tollgate section, which is completely non-existent, it has failed. I have since awarded the contract for sectional rehabilitation of that road, all the way to Ewekoro. Work has started.”