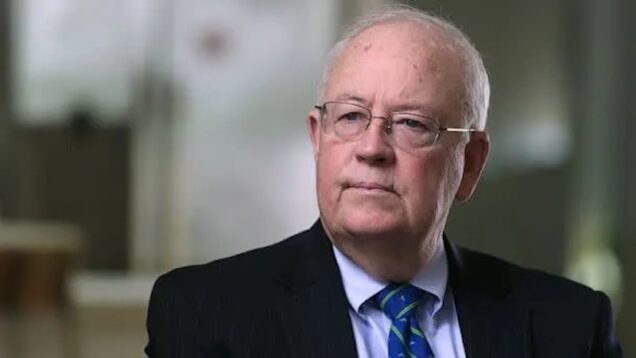 Ken Starr, the prosecutor whose investigation led to the impeachment of former U.S. President Bill Clinton in 1998, has died at age 76, his family said in a statement on Tuesday.

Starr died on Tuesday in Houston from complications from surgery, his family said.

Born as Kenneth Starr, he came to national prominence as the special prosecutor who investigated the sex-and-perjury scandal that led to then-President Clinton’s impeachment.

The investigation into Clinton’s affair with former White House intern Monica Lewinsky produced a book-length official document for Congress that became a bestseller when commercially sold as “The Starr Report.”

Offering startling glimpses of sexual trysts intermingled with the densest legalese, the report found Clinton’s attempt to cover up the affair offered grounds for impeachment.

“According to Ms. Lewinsky, she performed oral sex on the president on nine occasions. On all nine of those occasions, the president fondled and kissed her bare breasts,” “The Starr Report” said. “She called him ‘Handsome’; on occasion, he called her ‘Sweetie,’ ‘Baby,’ or sometimes ‘Dear.'”

The scandal centred on Clinton’s attempt to cover up his relationship with Lewinsky, and the impeachment charges stemmed from his false denial of the relationship in his 1998 grand jury testimony and in a deposition in a sexual harassment case filed against him by Paula Jones of Arkansas where Clinton had been governor.

On Dec. 19, 1998, the U.S. House of Representatives voted to impeach Clinton – only the second president to face this charge of wrongdoing. A subsequent Senate trial failed to remove him from office.

Starr was raised in small-town East Texas. He was a straight-A student, according to one Washington Post profile in 1998.

Starr earned a law degree from Duke University before clerking for U.S. Supreme Court Chief Justice Warren Burger in the mid-1970s. After a stint in private practice, Starr joined the Justice Department at the beginning of the Reagan administration.

As a Washington lawyer, he also served as U.S. solicitor general and a federal judge during decades long career in government,

He is survived by his wife Alice Starr, to whom he was married for 52 years, his three children and nine grandchildren, the family statement added. Starr will be buried at the Texas State Cemetery in Austin.