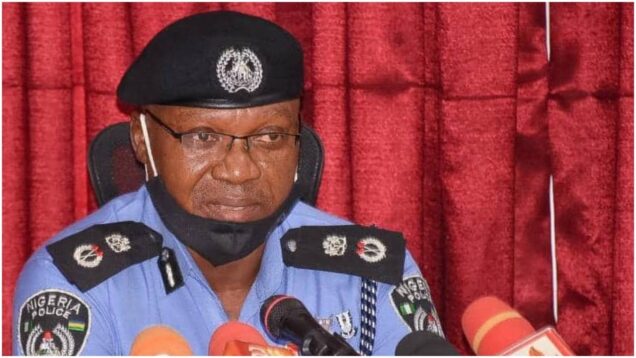 A 25-year-old school teacher, Sirajo Ahmed, has been arrested for allegedly defiling a seven-year-old pupil in Alkeri, Bauchi State.

SP Ahmed Mohammed Wakil, the spokesperson of the command, said the suspect lured the minor into his office in the school and defiled her.

Wakil also said seven other suspects were arrested by the police for various offences.

“Information received by the Division indicated that Ahmad, who lives in Unguwan Ajiya Alkaleri, is a teacher at Royal Science Academic School Alkaleri.”

“The police also arrested Sani Musa, 35, an ice-cream seller who resides in the Bacas area of Bauchi for sodomising a 12-year-old boy behind Bank Alkaleri.

“Preliminary investigation revealed that the suspect bought a sachet of water from the victim and lured him to a nearby lock-up shop and sodomised him,” he said.

“The suspect, who claims to be a herbalist, raped a woman who took her daughter for treatment after intoxicating her in his house.”

The spokesman said the suspect tricked the desperate health seekers and committed an atrocious act.

Meanwhile, Wakil cautioned parents to be wary of people they take their children to, saying there are many wolves in sheep’s clothing.

He said the Commissioner of Police Umar Sanda directed that all the suspects should be charged in court.