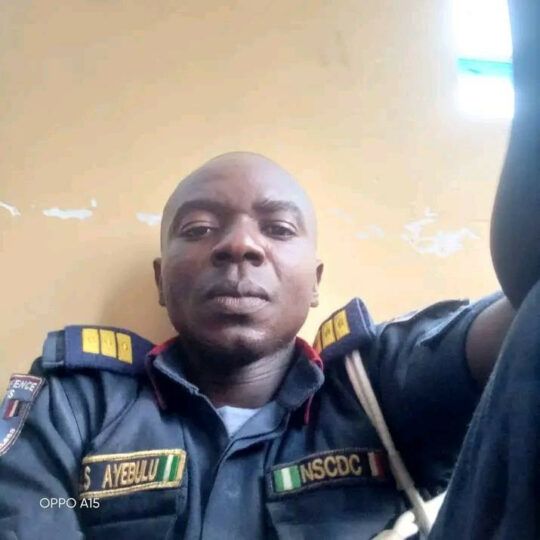 Ogungbemi on Tuesday in Ado-Ekiti said that the suspects were arrested by Ajoni community vigilante group, code-named ‘Operation Eradicate Bandits’.

The chairman said members of the vigilante group arrested the suspects, while on patrol along the border between Ekiti and Kwara States.

According to him, the suspects have allegedly confessed to killing the NSCDC officer and kidnapping his family members.

Ogungbemi said that two AK47 riffles were recovered from the suspects, who were being detained at Ikole Ekiti police station.

Ayebulu was shot dead by gunmen on Sept.3, along Oke-Ako-Irele-Ekiti road while driving home to Kogi together with some members of his family.