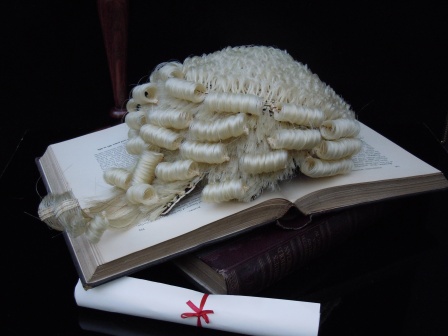 The former Prince Charles is not the only one getting used to having “King” in his title all of a sudden.

About 1,900 elite UK lawyers and hundreds of others in Commonwealth countries who held the rank of “Queen’s Counsel” became “King’s Counsel” when Queen Elizabeth died last week, instantly assuming a title that had gathered dust since the queen took the throne in 1952.

According to the Bar Council, representing more than 1,650 barristers in England and Wales, they must now use the shorthand KC rather than QC on letterhead and other materials.

Barristers are UK litigators who argue in court, while solicitors are general practitioners who typically do not.

“The change of our names will be a constant reminder that the Queen has gone,” said London-based King’s Counsel Lord Peter Goldsmith, a partner at law firm Debevoise & Plimpton and who was the United Kingdom’s attorney general from 2001 to 2007.

There are also practical ramifications. Lawyers took to social media soon after the queen’s death describing a scramble to update profiles on law firm websites and discussing the cost of new stationery — alongside many references to the disco and funk music groups KC and the Sunshine Band.

“It will certainly take some time to get used to ‘KC’,” said Jeffrey Sullivan, a London-based partner at Gibson, Dunn & Crutcher and King’s Counsel.

“I imagine there will be a few slip-ups over the next few months as lawyers, judges and clients adjust to the new title.”

The rank is little known in the United States but is a familiar feature of the legal hierarchy in Commonwealth countries from Australia and New Zealand to Jamaica and parts of Canada.

It is reserved for senior and highly respected lawyers and has historically been bestowed upon barristers, though the process opened up to British solicitors in 1996.

Those who hold the title in Britain are informally called “silks”—a reference to the special silk gowns they wear in court and the traditional wigs many barristers sport. They are appointed by the Crown following a years-long application process.

King’s Counsel enjoys several informal privileges, including front-row seats in court. They also tend to charge more for their services.

A number of British television shows have been based on the exploits of Queen’s Counsel, including the 1990’s legal drama Kavanagh QC, and 2011’s Silk, which follows a barrister on her quest to win the rank.

More recently, Michelle Dockery played a Queen’s Counsel prosecuting a politician accused of rape in the Netflix 2022 miniseries Anatomy of a Scandal.

The system dates to 1597 when Queen Elizabeth I named Sir Francis Bacon the first Queen’s Counsel.

But it was nearly abolished 20 years ago amid criticism that it was too secretive, that it was dominated by white men, and that it was inappropriate for the Crown to bestow a title on lawyers that may have given them an edge over their peers.

Officials ultimately retained the system but changed the selection process to allow for a more extensive review of applicants.

The changeover to King’s Counsel may bring with it fresh calls for reform.

But for now, members of the club, like Paul Mitchard, a retired partner at Skadden, Arps, Slate, Meagher & Flom in Hong Kong, are settling into their new title.

“KC has a sort of ancient ring to it,” Mitchard said.