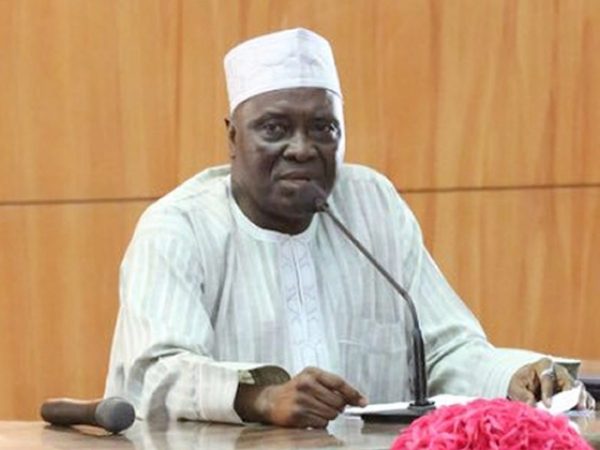 The crisis rocking the Police Service Commission over recruitment of police personnel come to a head on Wednesday evening with the resignation of Musiliu Smith, the Chairman of the Commission.

Some reports indicated that Smith was asked to resign his position by the Board of the Commission on Wednesday.

He is expected to hand over to Retired Justice Clara Ogunbiyi representing the judiciary at the commission.

Ikechukwu Ani, the spokesman for the commission, confirmed the resignation of Smith to journalists, promising that a statement will be issued on the development on Thursday.

However, some reports claimed, Smith, also a former Inspector General of Police, resigned on the grounds of ill health.

Smith, like his predecessors, has been at loggerheads with the Office of the Inspector-General of Police over recruitment of personnel since his appointment.

The disagreement got to a head last month when the PSC advertised recruitment 2022 Police recruitment exercise for 10,000 Constables.

But the Police instantly reacted in a statement signed by the Force Public Relations Officer, CSP Muyiwa Adejobi.

In the statement, Police asked Nigerians to disregard the advertisement by the PSC.

The statement read, “The Nigeria Police Force wishes to inform well-meaning members of the public that it has not commenced the 2022 Police Constables Recruitment into the Nigeria Police Force contrary to a publication on Page 21 of a National Daily of Thursday August 11, 2022 by the Police Service Commission (PSC).

“The police similarly state unequivocally that the advert has no connection with the Nigeria Police Force nor is it in tandem with the police recruitment process, and should be disregarded in all its entirety.

The website to which the publication refers intending candidates – http://www.recruitment.psc.gov.ng – is not associated with the Nigeria Police Force.

“The Nigeria Police Force hereby calls on all stakeholders and intending applicants to discountenance the information in both the newspaper and on the portal as the website is not the official portal for Police Constables recruitment.

But it was learnt that the recruitment portal has been running with over 60,000 applications received.

Workers of PSC had also embarked on strike, accusing the chairman of ceding the powers of the commission to the Police