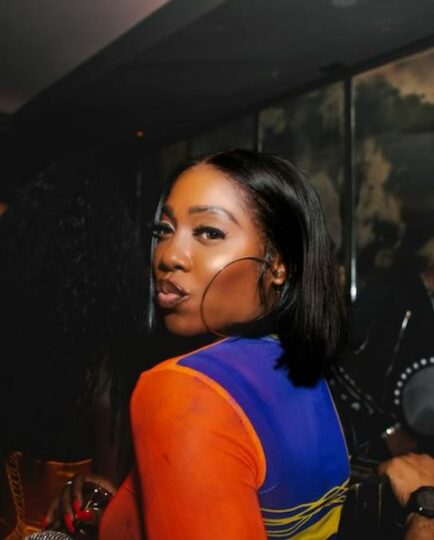 The singer having fun in New York

The singer took to her Instagram page on Wednesday to post photos and videos from her trip to New York.

The 42-year-old artiste, had earlier posted that she was in Ne York City to celebrate the launch of her lipstick collaboration with M.A.C. Cosmetics.

She wrote: “I’m here at Fashion Week in New York City to celebrate the launch of my lipstick collaboration with M.A.C Cosmetics!

“I will be hosting an exclusive meet up in-store tomorrow afternoon and I want you to join me!

“For your chance to be chosen, all you need to do is comment on this post confirming that you are in New York tag @maccosmeticsAfrica and include the hashtag #MacXTiwa. The selected guests will receive a DM with the time and location for you to come hang out.”

Savage relocated to London at the age of 11 for her secondary education. Five years later, she began her music career doing backup vocals for artists such as George Michael and Mary J. Blige.

After participating in the UK edition of The X Factor and graduating from Berklee College of Music, Savage signed a publishing deal with Sony/ATV Music Publishing in 2009. Inspired by the growth of the Nigerian music industry, Savage moved back to Nigeria and signed with Mavin Records in 2012. She made an appearance on the label’s 2012 compilation album Solar Plexus.

The album was nominated for Best Album of the Year at the 2014 Nigeria Entertainment Awards and for Best R&B/Pop Album at The Headies 2014.

Savage’s second studio album R.E.D was released on 19 December 2015. It yielded two singles: “My Darlin” and “Standing Ovation”. In June 2016, Savage signed a management and publishing deal with Roc Nation. In September 2017, she released her debut EP Sugarcane. R.E.D and Sugarcane have both been nominated for Best Album at the Nigeria Entertainment Awards.