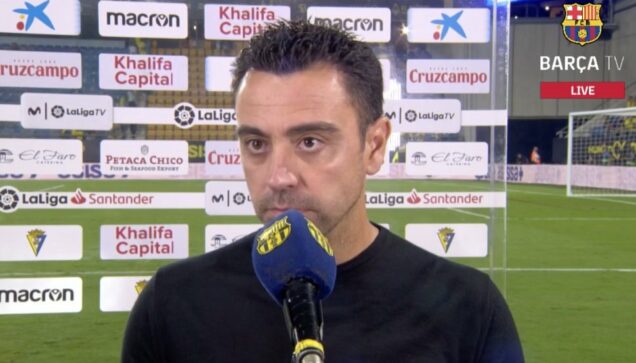 Xavier Hernández, the Spanish manager of La Liga club Barcelona, has reacted to a 2-0 match loss to Bayern Munich.

Bayern Munich faced Barcelona in the UEFA Champions League (UCL) marquee clash on Tuesday, and the Germans scored twice against the run of play.

Thanks to Lucas Hernandez and Leroy Sane, Bayern Munich beat the Spanish club in their Group C face-off.

“The process was good, but the result was bad. It was a golden opportunity to win at this stadium, and we left with a defeat. “I’m p*ssed off,” he asserted.

Despite playing effectively and even having the lead at times, Barca was unable to grasp the initiative and ultimately suffered a loss.

It is now more difficult for Barcelona to advance to the Round of 16 of the Champions League after the defeat to Bayern, who, if one considers their recent matchup against the Spanish club, has come out on top.

Now that they have the same number of victories as Inter Milan in the group, they may advance, although Bayern still needs a few more wins.