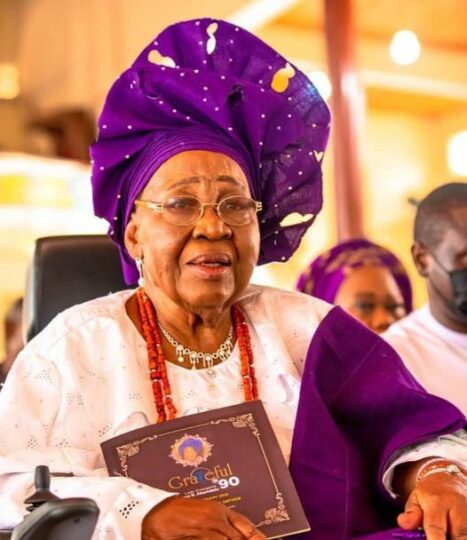 Lady Evangelist Grace Bosede Akeredolu, mother of the Ondo State Governor, Rotimi, has died at the age of 90 years.

The governor announced his mother’s death on his Facebook page on Thursday morning.

He said the old woman died peacefully in her sleep, adding that burial announcement would be made by the family later.

The governor described his mother’s death as sad and one with deepest regret.

He wrote: “My siblings and I announce, with deepest regret and total submission to the will of the Almighty, the passing into glory of our adorable, dutiful and ever dotting mother, Lady Evangelist Grace Bosede Akeredolu JP, this morning. She died peacefully in her sleep.

“Though saddened by the departure of Maami, the one Abiyamo we knew, we are consoled with the knowledge that, even as she transits to eternity, she will be guided by the strong hands of the angels of the light in which she dwelt during her eventful and fruitful sojourn on the terrestrial plane.

“Maami rest in perfect peace. Burial announcement will be made by the family.”