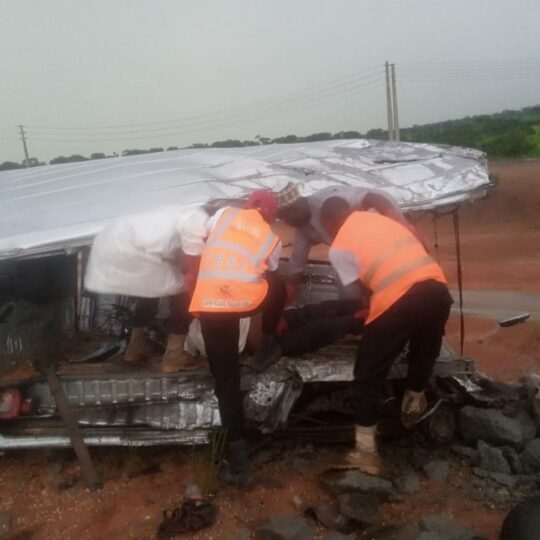 The Federal Road Safety Corps (FRSC) on Thursday said six people were killed and six others sustained various degrees of injury in an accident in Malam Tanko village along Abuja – Kaduna road of Tafa Local Government Area of Niger.

Kumar Tsukwam, the state Sector Commander, told the News Agency of Nigeria (NAN) in Minna on Thursday that two commercial buses loaded with 17 passengers were involved in the road mishap.

“Seventeen people were involved in the road mishap, six died and six sustained injuries and five others unhurt.

“The victims and the corpses were taken to Sabon Wuse General hospital and the vehicles were handed over to police division in Tafa LGA,” he said.

The sector commander blamed the accident on speeding, diversion and loss of control.

He advised motorists to exercise caution and adhere strictly to speed limits to avoid crashes.

The road safety boss said that the corps would continue to monitor road users to guard against dangerous driving.