Arteta beats Guardiola, Conte, others to PL Manager of the month 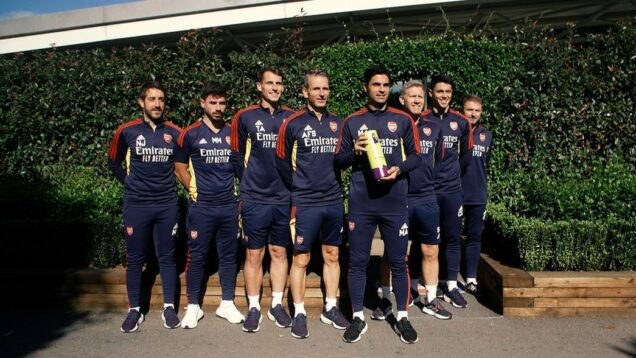 Mikel Arteta and his coaching staff

Mikel Arteta, the coach of Arsenal Football Club, has been named the Premier League’s Manager of the Month for August.

Arsenal won all five of their August fixtures, scoring 13 goals and conceding only four in the process.

Arteta led the team to victory against Crystal Palace, Leicester City, Bournemouth, Fulham, and Aston Villa, finishing the month top of the table.

However, this is the third Manager of the Month award for Arteta, who won it two times last season in September and March.