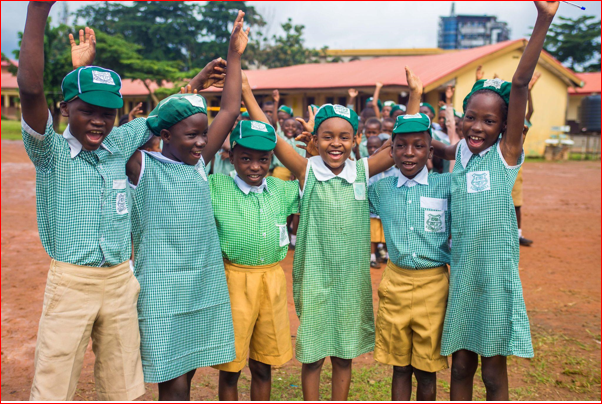 Pupils of Lagos State primary schools have expressed joy at resuming the 2022/2023 academic session after the long vacation and their determination to improve on the last session’s academic performance in their respective EKOEXCEL schools.

EKOEXCEL is an innovative digital initiative launched by the Lagos State Government in 2019 to transform public primary schools with oversight from the Lagos State Universal Basic Education Board (LASUBEB).

Speaking after the first full week of resumption, the EKOEXCEL pupils, especially those that just got promoted to Primary 6, said they were determined to end their primary education on a bright note with excellent results in their terminal examination.

“I’m now a senior, and I want to encourage my juniors while ensuring that my last year in primary school is good. I want to pass the National Common Entrance Examination we will write next year well. I want to do better than two of our seniors, Ayomide Daniel Ajayi and Damilola Basit Araba, among the best three in Lagos last session,” said John Taiwo, a pupil of Hussey Military Yaba, Lagos Mainland.

Another Primary 4 pupil of the school, Duru Eke, said he wants to do better and take advantage of the learning innovations introduced in the school since EKOEXCEL commenced there.

“Our teachers have made learning more interesting for us since our school joined EKOEXCEL with various kinds of fun games, and my hope this session is to do better than the last,” he said.

Also speaking about their expectations for the new session, teachers disclosed that they were eager to do more to improve their pupils to make them well-rounded in line with the aspirations of the Lagos State Governor, Babajide Sanwo-Olu.

Mrs. Bolaji Caroline, an assistant headteacher at Lagos State Model Nursery & Primary school, GRA, Ikeja , said, “One of the reasons Governor Sanwo-Olu introduced EKOEXCEL is to have impactful education for the pupils and ensure that they have a solid foundation for the future. We are a critical part of that vision and are happy to give our best to our pupils to ensure they continue to do well.”

Parents who recently commended EKOEXCEL’s tangible gains at a parent-teacher conference held on the 22nd of July at all 1011 public schools in Lagos also spoke of their hopes for the session, saying they want their children to do better.

“I’m happy with how EKOEXCEL has improved my children, particularly the younger one who struggled at the beginning of the last session. By the time they vacated, we had noticed an improvement in his literacy and numeracy skills, and we expect much more this new session,” a parent, Mrs Oyin Ojo, said.

Another, Mr Garba Hassan, said he did not regret withdrawing his children from the private school they were attending at the beginning of the 2021/2022 session following awareness campaigns by EKOEXCEL.

“Truth be told, I was struggling with the huge fees for my three children in the private school they were attending before I moved them to the EKOEXCEL school, and I’m happy I did. Now, they are receiving quality education without any holes in my pockets. I am happy with the improvements I saw in the last session, and I hope it will continue this new one,” the business owner said.

Last session, three pupils from the state excelled in the National Common Entrance Examination (NCEE) for admission into the first year of Junior Secondary School of federal unity colleges.

While the overall best student in the NCEE conducted by the National Examinations Council (NECO) scored 201 out of 210, three pupils of Lagos public primary schools were just five points behind.