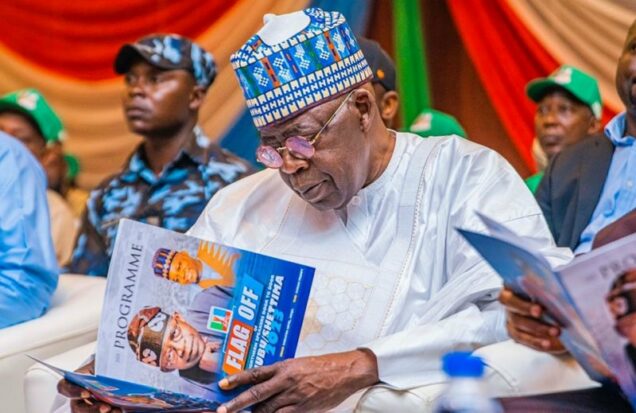 The group will also endorse the three governorship candidates of the All Progressives Congress (APC) in SouthWest.

The group made this known via a statement made available to newsmen in Ibadan on Saturday.

The youths added that Tinubu will be given the award of Odu’a Ori Olokun Award confirming him as the African man of the Century (Akanda Eda Ile Alawodudu Ti A To Ogorun Odun Ki A To Ri Iru’e).

The endorsement and award will be given out during the 2022 Yoruba National Day Celebration, which will be held on Friday, 23 September 2022, inside Banquet Hall, Oyo State APC Secretariat, Oke-Ado, Ibadan.

According to the Group’s President, Comrade Awa Bamiji, all arrangements have been concluded to make the event successful.

Chief Ifayemi Elebuibon, Araba of Osogbo, and Agba – Awo of Yorubaland is expected to chair the occasion.

COVID – 19 Protocols will be strictly adhered to as the event will be held under a very tight security network to ward off social miscreants that are likely to take advantage of the august gathering to cause public unrest.