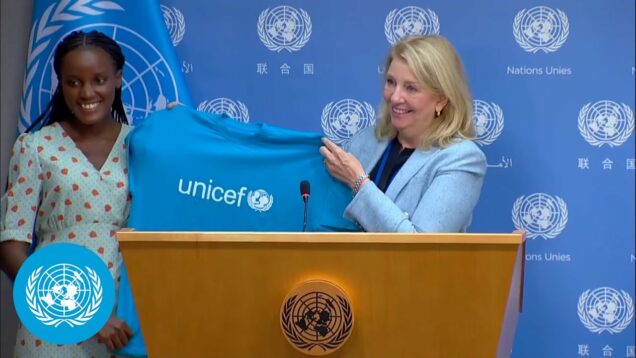 Inspired by Sweden’s Greta Thunberg, Nakate began her climate action in 2019 and has since founded the Rise Up Movement and addressed global climate summits.

“This role with UNICEF will provide me with more opportunities to meet children and young people in the places most affected by climate change and an expanded platform to advocate on their behalf,” Nakate said.

Last week, Nakate travelled to northwest Kenya to see the impact of the worst drought in the Horn of Africa in more than 40 years.

She met with communities on the frontlines of the climate crisis, including children being treated for acute malnutrition and families using solar-powered water systems.

UNICEF said nearly half the world’s 2.2 billion children live in one of the 33 countries it classifies as at “extremely high-risk” of the impacts of climate change. The top ten countries are all in Africa.

UNICEF Executive Director Catherine Russell said she hopes Nakate’s appointment “will help ensure that the voices of children and young people are never cut out of the conversation on climate change – and always included in decisions that affect their lives.”