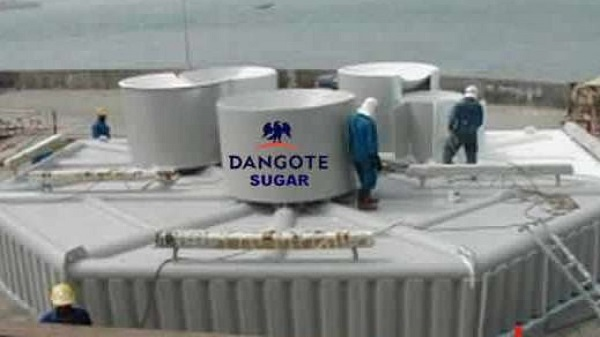 The Dangote Sugar Refinery Plc (DSR) has scaled up its social intervention programmes around host communities in Adamawa and Nasarawa States where its Backward Integration projects are located.  The Group is investing hugely in raw sugar production as part of the Federal Government Sugar Master Plan.

This is coming on the back of $500m that has so far been injected into the project in Nasarawa.

Billions of naira have been expended in social intervention schemes around the communities hosting DSR Numan in Adamawa, and Tunga Sugar Project in Nasarawa.

The company said with 78,000 hectares of farmland in Nasarawa, and 32,000 hectares in Adamawa, it is creating thousands of employment opportunities for Nigerians.

Currently, over 600 workers are being engaged, while 90MW is to be generated in the Dangote Sugar Project in Tunga, Nasarawa State.

The Dangote Group is the second largest employer of labour after the federal government.

While speaking at a recent Annual General Meeting (AGM) of the company, the Chairman of Dangote Sugar Refinery, Aliko Dangote, noted that Nigeria could rake in foreign exchange of up to $700 million yearly from the BIP scheme.

He warned that the BIP scheme must be protected to insulate the Nigerian economy and create jobs.

“If the national sugar master plan is followed strictly and the players follow the rules, the country will be better for it as Nigeria will save between $600 million and $700 million annually as forex,” he said.

A statement from the Corporate Communication Department of the company said when the factory is fully operational; it would have the capacity to crush 12,000 tons of cane per day,

Some of the Corporate Social Responsibility projects executed include the provision of blocks of classrooms, scholarship, water scheme, rehabilitation and opening up of road network, and construction of health centre, among others.

Minister for Industry, Trade, and Investment Otunba Niyi Adebayo who was on a working tour of the Dangote’s expansive Savannah Sugar Company (SSCL) Ltd in Numan, Adamawa State, and the Tunga sugar project site in Nasarawa State, had described the projects as “huge, impressive and amazing.”

The Minister said: “It’s a very impressive sight.  Amazingly, such a project exists in this place. What we’ve seen so far from all the plantations we’ve been to is very impressive. We are impressed with the level of work they are doing.”

In the same vein, in the DSR Numan, the company is not resting on its oars.

In 2020, the company constructed multimillion naira blocks of classrooms, administration blocks, and an examination hall.

DSR Numan has also intervened in the provision of electricity through the donation of 300KVA to the Gyawana Community, as well as the donation of a 27KVA Generator to the Lamurde Community.

The company has also instituted an out-grower scheme in DSR Numan, of which 294 people have so far benefited.

Its intervention in the area of road infrastructure has been very huge, some of which include: the rehabilitation of the Gyawana-Lamurde road, Gyawana-Zekun road

The company has also doled out financial support to youth, religion, and development-based groups in Adamawa State.