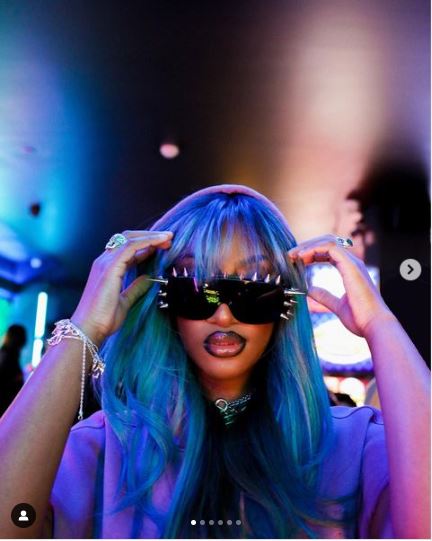 Nigerian recording artiste, Temilade Openiyi aka Tems is currently holidaying in the United Kingdom and she has taken to the instagram to share some cute photos of her.

The 27-year-old singer rose to prominence after she was featured on Wizkid’s 2020 single, “Essence”, which reached the top ten of the Billboard Hot 100 after the release of a remixed version with an additional feature from Justin Bieber.

The collaboration earned her a Grammy Award nomination.

That same year, she was featured on Drake’s song, “Fountains”.