Injustice meted out to Wike must be corrected: Gov. Ortom 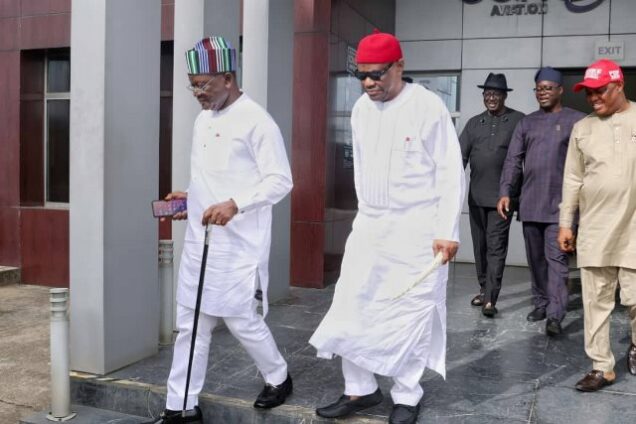 Gov. Samuel Ortom of Benue has blamed the National Leadership of the Peoples Democratic Party (PDP) for failing to use internal mechanisms to resolve the crisis rocking the party.

Ortom stated this on Monday during an expanded caucus meeting of PDP in Makurdi.

The governor urged the leadership to look at the issues and address them head-on.

“The idea of dismissing people in politics that they do not matter is dangerous because a single vote counts in politics.

“Injustice has been meted out to Gov. Nyesom Wike of Rivers and it must be addressed. Justice must be served him.

“Wike stood and supported the party and he should be given due attention,” Ortom said.

He appealed to governorship aspirants who failed at the primaries to keep faith with the party.

He said that PDP was going to rescue the country from the hands of APC, emphasizing that the party would rescue and rebuild Nigeria.

He urged party faithful in the state who were aggrieved to sheathe their swords, appealing that all forms of blackmail within the party should cease, as they work for victory in 2023.