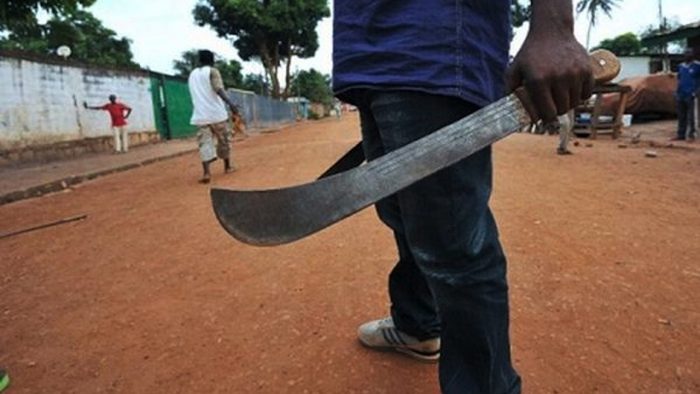 A 21-year-old man Usman Danladi, aka “Murderer’’ has been arrested at Auta Baleifi in Karu Local Government Area of Nasarawa state for allegedly chopping off the wrist of another man in a brawl over a girlfriend using a machete.

Danladi was arrested for allegedly chopping off the wrist of one Jibrin Abdullahi on Friday, using a machete, the state police command spokesman, DSP Ramhan Nansel said in a statement.

Nensel added that Danladi confessed to the crime and said he took the action after Abdullahi assaulted his girlfriend.

Danladi told the police that he accosted Abdullahi for assaulting his girlfriend and a brawl ensued during which he dealt the victim the machete blow to his wrist.

Nansel added that Commissioner of Police in the state, Mr Adesina Soyemi has directed that the case be transferred to the Criminal Investigation Department for further investigation.

He stated that the suspect would be arraigned upon conclusion of investigation. (NAN)