Why Westminster Abbey was chosen for Queen Elizabeth's funeral 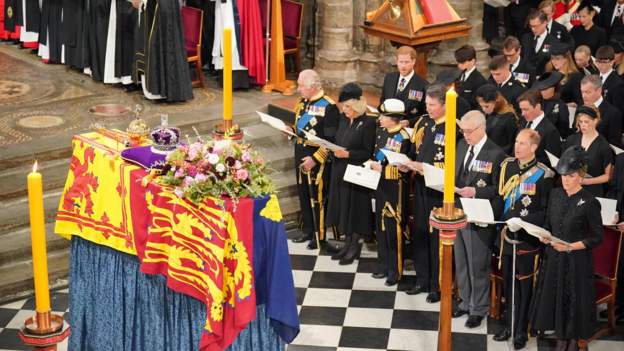 The first funeral service for Queen Elizabeth is currently held at Westminster Abbey formally titled the Collegiate Church of Saint Peter at Westminster.

However, many do not know the history of the church and why it was chosen for Queen Elizabeth II’s first burial service.

The truth is that the queen has been borne to Westminster Abbey. It is where she was married in 1947 and crowned in 1953, and where she attended royal weddings and funerals.

All, as with her own funeral today, are part of the recurring seasons of death and renewal.

Westminster Abbey in the city of Westminster, London, is one of the United Kingdom’s most notable religious buildings and the traditional place of coronation and a burial site for English and, later, British monarchs.

Since the coronation of William the Conqueror in 1066, all coronations of English and British monarchs have occurred in Westminster Abbey.

A total of sixteen royal weddings have also occurred at the Abbey since 1100.

According to a tradition first reported by Sulcard in about 1080, a church was founded at the site (then known as Thorn Ey (Thorn Island)) in the seventh century at the time of Mellitus, a Bishop of London. Construction of the present church began in 1245 on the orders of King Henry III.

The abbey was restored to the Benedictines by Mary I in 1556, then in 1559 made a royal peculiar—a church responsible directly to the sovereign—by Queen Elizabeth I.

The Abbey is the burial site of more than 3,300 people, usually of prominence in British history: at least 16 monarchs, eight prime ministers, poets laureate, actors, scientists, and military leaders.

The first person interred in the Abbey’s Poets’ Corner was Geoffrey Chaucer in 1400.