Davido stings Oyetola: 'You're just a bad human being' 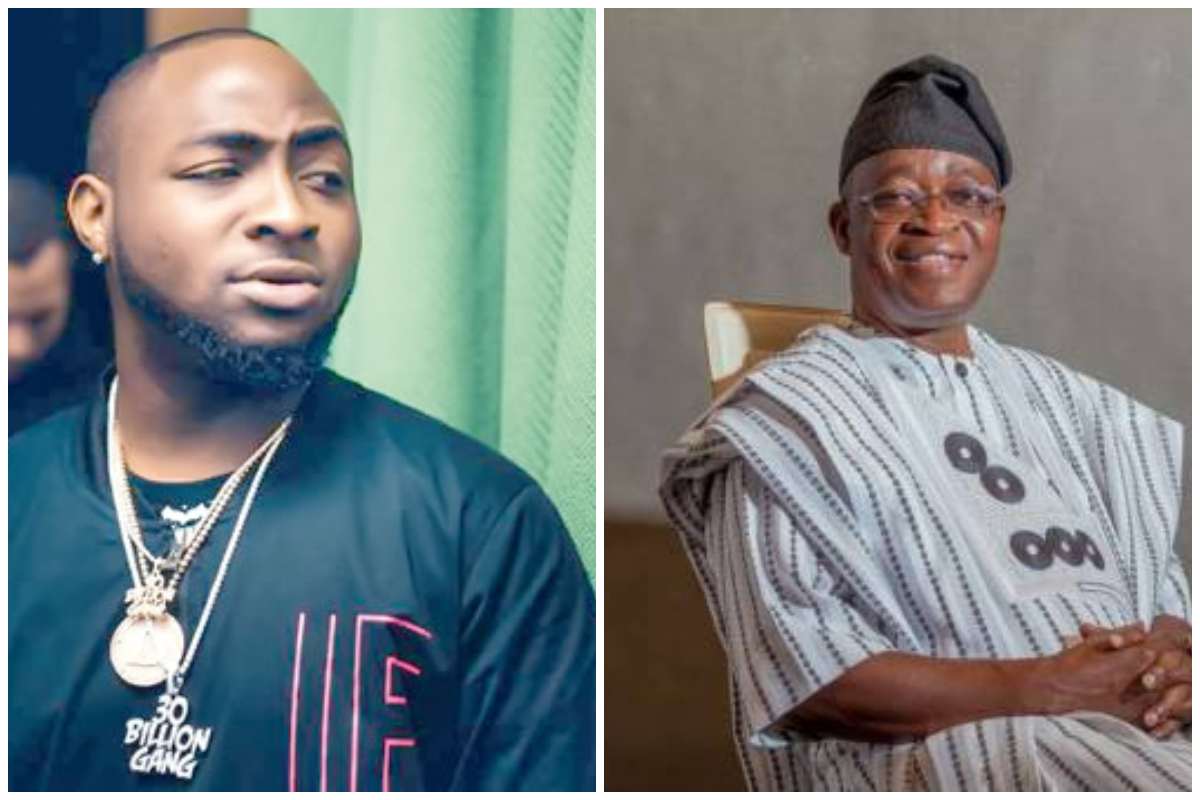 The Peoples Democratic Party (PDP) governorship candidate, Ademola Adeleke had defeated  Oyetola of the APC to emerge winner of the July 16, 2022 governorship election in the state.

Not satisfied with the outcome, Oyetola had gone to the Election Tribunal seeking to overturn the election result.

Adeleke is Davido’s uncle. The singer was instrumental in his uncle’s emergence as winner of the poll, making him the governor-elect of the state.

Davido, in a tweet on Tuesday, described Oyetola as a bad human being for allegedly spreading lies.

He said by doing that, the governor is destroying his legacy, saying it is done and dusted.

“Your actually just a bad human being … @GboyegaOyetola no other way to put it spreading lies everywhere destroying your legacy (not like you even have) … it’s done and dusted @inecnigeria Abeg is there any such thing as over voting with your new BVAS Machine ? NOV 27th WE MOVE,” he said.