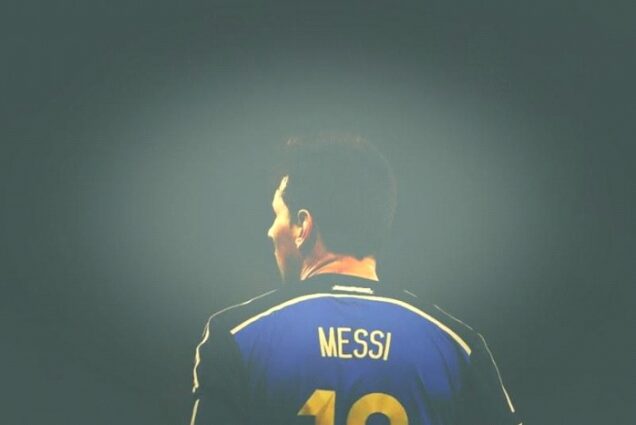 Nowadays, there is no one in world football with more assists than the Argentinian Lionel Messi. He scores as many goals as he used to, but he makes his teammates play and that’s even better because now it’s not so much about what he can score, but what he can produce.

He is still a determining force in his teams, but that mental maturity has led him to stop being the main protagonist and to share the ball with those around him.

This has led him to win the much desired international title that has eluded him so many times, and now he wants the World Cup.

Going to http://bookmaker-ratings.ng/ is a great idea to bet on what the Argentinian national team can do in the next World Cup. There you can find the highest odds on the best sites to do so.

These are the reasons for the revolution in Lionel Messi’s game that is giving us another epochal player.

He changed the way he plays

At 35 years of age, he doesn’t have the explosion of speed we saw in 2010. He no longer dribbles past six opponents to score a goal. Now he avoids wear and tear and runs very little, but this is not a bad thing. The Argentine is always in the perfect place to do damage.

He walks, but he is constantly looking at the play to know where he will receive the ball, and once he has it at his feet he is very dangerous. What makes him unique is that he doesn’t need to receive the ball in the offensive zone. Messi doesn’t mind starting his team’s attack from his own area.

He can send a very long run with unique precision, or he can cut back a couple of opponents to clear the area and open up space for his teammates, who he gives the ball with full advantage to score.

If he is closer to the goal and sees a space he will attack it, his long-range shot is one of the best on the planet, so it is a very devastating weapon. Besides, he makes those short runs with the ball at his feet, and at any moment he can filter a pass with that vision of the field that not everyone has.

Messi knows that he is no longer that young man who used to run relentlessly. When Guardiola put him in as a false 9, he did it with the intention that he would pull the mark and feed his teammates with balls in front of goal.

Moving back his position turned him into another player, he became an architect that ends up building his team’s attacks.

The greatest assistant in history

Messi has more than 300 assists, and that makes him the player with the most passes for goals in history. He once said that he enjoyed passing to a team-mate much more than scoring a winner.

The Argentine knows that his ability to dribble with a double-mark makes space in other areas of the pitch, and his privileged left foot can put a pass where it can do the most damage.

The spotlight usually goes to whoever scores the goals, but normally every team has a plan to dry Messi out and not let him into the game. The problem is that Lionel is very intelligent and, knowing he is protected, he isolates himself and opens up more space. We see this at PSG, where sometimes he can spend minutes without participating, but Neymar and Mbappé end up playing free.

When they mark their teammates they leave Messi one-on-one and in that circumstance La Pulga is invincible.

He has become a leader.

He is the maximum winner of the Ballon d’Or in history, but he is one of those players who prefer to let others shine. Whenever he gets the chance, he leaves the penalties to Neymar, or to any teammate who asks him to do so.

The same goes for free kicks, where he is a specialist. He knows that if someone has confidence, he must give it to them. This makes him someone who leads by example. It is known that he has learned to take the floor and to command within the field, he does not ask for anything that he can not do, and he is always seen encouraging his teammates.

He sacrifices himself for everyone, we saw this in the last Copa América where he recovered a lot of balls. Messi would run and even end up sweeping to win the ball back and start the team’s offensive actions. Sometimes he was seen in the holding area, pressing the opposing midfielders.

When your captain, who is an attacking player, does that, it inspires everyone else. In Argentina the team loves him and at PSG he has won over a dressing room full of stars who are connected and in the mood to win the long-awaited Champions League.

His age is a factor

Messi has been playing more like a midfielder than a center-forward for several years. At Barcelona, he scored a lot of goals and still passed a lot, but in his last years at Camp Nou, he had to do everything.

The same is the case with the Argentinian national team, if they suffered failures it is because Lionel had to do everything on his own. It was enough for him to reach the finals, but without help, it is difficult for him to win anything.

Now with PSG, he knows that this is one of his last chances to win the Champions League. Neymar and especially Mbappé are the centre of attention and Messi is a secondary player who in the end ends up being the most decisive because he is the one who builds, but the spotlight and statistics are on the Frenchman and the Brazilian.

In his national team, the issue is very similar. He found a team that works evenly. No one is more important, and everyone sacrifices. They are unbeaten in more than 30 matches and are champions of the continent. Di Maria, Martinez, and De Paul, they were all decisive. But he finally had important support to achieve something historic.

It is complicated for him to return to another World Cup, and that is why he looks so connected, he is not getting younger, he wants to win and make more history.

Will he win the Champions League and the World Cup?

In the European tournament, they started very well. Mbappé was the star, but Messi was the builder. PSG are among the favourites for continental glory, and unlike last year when he was singled out, now the fans are chanting his name because the Argentinian has woken up and is becoming the most important player.

With Argentina, he is undoubtedly the natural candidate to win the cup. Getting out of Maradona’s shadow is important for him. With all that he has achieved, he is still not considered the best in history, because he has not been able to win the trophy that Diego won almost single-handedly in 1986.

This time he arrives as the champion of the continent, and with perhaps the most balanced team on the planet. The hopes of an entire country are focused on the team and not entirely on him. Without so much pressure on Messi, things are promising.

Will this new Messi make history?