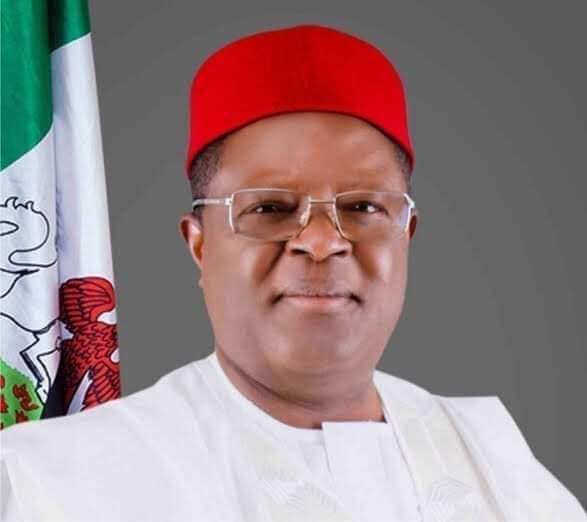 The police in Ebonyi state have arraigned Uche Awegbe, 40, for allegedly threatening to kill the governor of the state, David Umahi.

Awegbe who was said to have made the threat to Umahi via text messages sent to the Governor’s phone on August 19, 2022, was arraigned before an Abakaliki Magistrate Court.

Apart from the death threat, he was also accused by the Police of shooting two residents dead, unlawfully possessing guns, and causing communal crises in the state.

He was also accused of promoting inter-communal war in Effuim community, Ohaukwu local government area in 2021 which led to the death of some residents.

“You, Uche Awegbe, and others in charge numbers MAB/69c/2021,MAB/838c/ 2021 and MAB/891c/2021 on the 5th day of November 2021 at Effuim community, Ohaukwu Local Government Area within the jurisdiction of this honourable court, did go armed with guns and machetes in public without lawful occasion in such a manner as to cause terror and thereby committed an offence punishable under Section 80 of the Criminal Code, Cap 33, Volume 1 Laws of Ebonyi State of Nigeria, 2009.”