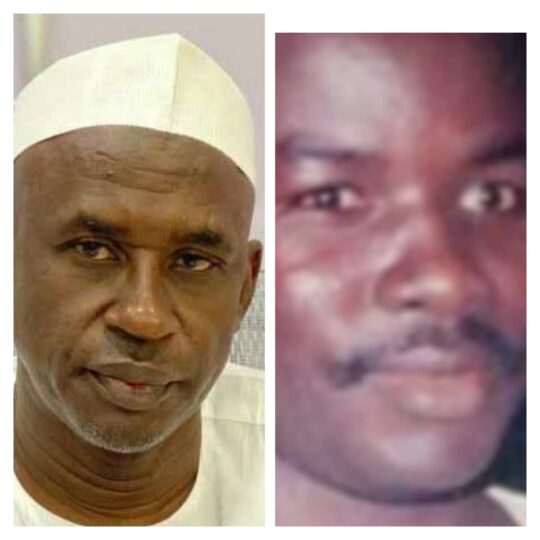 The management of TheNEWS and PM NEWS has exposed the many lies of a medical practioner, Mahdi Shehu who said a late former staff of the company, Bagauda Kaltho was complicit in the bombing of Durbar Hotel, Kaduna in 1995.

Kaltho, the then Senior  Correspondent of TheNEWS in Kaduna, reportedly disappeared 27 years ago and was suspected to have been killed by the administration of the late military junta, General Sani Abacha.

But a new twist was added to the incident 27 years after when  Shehu, in an interview on Arise TV, said said that Russell J. Hanks, a Political Counsellor at the American Embassy, invited him for tea at Hamdala Hotel in Kaduna on 21 December 1995.

At  that meeting, according to him, Hanks said: “Mahdi, we are worried. The American government is doing a bomb campaign against Abacha. We don’t want him. We are promoting a regime change. This parcel is what I want you to do. See Durbar Hotel, just away there – 600 metres. Go into the bookshop and drop this parcel – small parcel. This is N500,000 for you and another N500,000 waiting for you. Once you drop the parcel, please come back to collect the second N500,000. I said, Russel, you have miscalculated.

“When I addressed Adamu Ciroma as the Minister for Agriculture in that seminar, you’re referring to, when I addressed Abubakar Rimi as the Communications Minister, when I addressed Ismaila Isa Funtua as the Chairman of Newspapers Proprietors Association of Nigeria, I did that as a citizen, not because I didn’t like my country. I dressed him down. I abused him. He said, Mahdi, Mahdi, now I know you’re a good citizen. I’m just trying to test you.  You are nationalistic. We look forward to working with you to stabilise Nigeria.’’

According to Shehu, Hanks then asked him to leave, but that he did not, sayng shortly afterwards, he said, there was a knock on the door and that the man at the door was Bagauda Kaltho.

He said not long after that, precisely two hours later, there was a bomb explosion at Durbar Hotel at the bookshop.

He said he rushed to meet the then Kaduna State Governor, Colonel Lawal Jafaru Isa, to report his encounter with Hanks, saying, “I drove straight to the government house to see the governor. For what reason? Urgent security reason. I was ushered into Lawal Jafaru Isa’s office, and I told him what happened. The following day, I was taken to Abuja. I was able to see Abacha in his residence, and I narrated the story to him.

“Before they could say Jack Robinson, four days later, Russel Hanks flew out of Nigeria. Ten days later, security operatives came to Kaduna to interview me. When I gave them the narrative, one of them took me aside and said, ‘Mahdi, keep off. We are very jealous. Security agencies are very jealous institutions. Don’t ever give any public comments on it.

“Don’t give interviews, don’t give anything because if you talk, our failure would have been seen very clearly.’’ Mahdi Shehu gave this interview in the wake of the arrest and detention by the Department of State Services (DSS), of his friend, Tukur Mamu, who has deep connections with different gangs of kidnappers in Kaduna.”

But the management of TheNEWS and PM NEWS, in a statement issued by the Executive Editor, Kunle Ajibade, rubbished Shehu’s interview on Arise TV, saying a fact check revealed that Durbar Hotel was bombed on 18 January 1996 and not 21 December 1995 as Mahdi claimed in his interview.

The statement said Colonel Jafaru Isa had denied that Shehu was in his office to report the incident, asking: “If indeed General Sani Abacha had known of this story, would he not have asked the likes of Chief Tom Ikimi to weaponize it in their campaigns against America and the pro-democracy activists?”

“Remember that was not long after Ken Saro-Wiwa and other Ogoni activists were hanged leading to condemnation all over the world. Who were some of the security officers who told him not to talk about the incident? Could Hanks as a secret service agent had worked in a lousy manner the way this fellow has described his interaction with him?

“The truth is that this man is a liar. A shameless liar. Last year, Mahdi Shehu was arraigned in court in Katsina over corruption allegations that he sensationally levelled against Governor Aminu Masari’s government. The video of the allegations is still being shared on social media.

“Many people believed his story until a judge in Katsina asked him to appear in court. Mahdi Shehu suddenly developed cold feet, pleading ill-health. When the court insisted, he was brought to the court on a stretcher. Walking with the aid of crutches, it took him close to thirty minutes to get inside the court.

“He pretended that he was dying, that his pain was excruciating, that his political enemies were bent on killing him. Unknown to him, while he was in court, secret camera had been installed in his cell in Katsina Prison. As soon he returned to the cell the pretense was gone.

“The video showed that the man was hale and hearty after all. In fact, he led a muslim congregation in prayer that same day. The video subsequently went viral. Mahdi has been making frantic efforts since then to clean up his dented image.

“It is sad that our government has failed woefully to investigate the gruesome murders of Bagauda Kaltho, Dele Giwa, Chief Alfred Rewane, Chief Bola Ige, M.K.O.Abiola, Barnabas and Abigail Igwe, Dr Harry Marshall, Victor Nwankwo, Chief A. K. Dikibo, etc.,etc, It is sad indeed that reprobates like Mahdi Shehu are now encouraged to play game with the treasured memories of these victims,” it added.