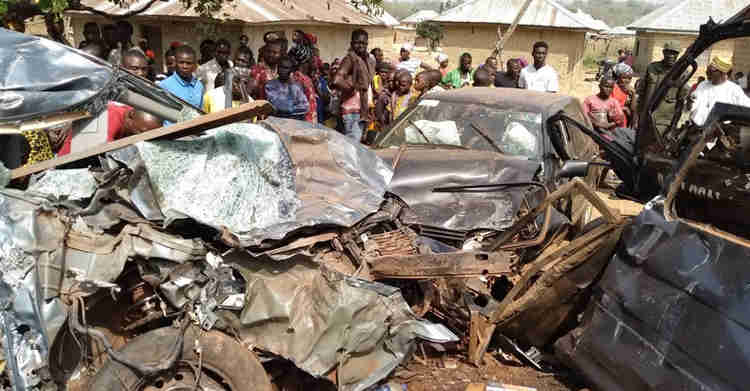 The Federal Road Safety Corps (FRSC) in Kogi has said four persons died while six others sustained injuries on Tuesday in an accident on Kabba-Lokoja-Abuja road.

Kogi Sector Commander Stephen Dawulung confirmed the incident to the News Agency of Nigeria (NAN) in Lokoja on Wednesday, explaining that one person did not sustain injury.

Dawulung said that the accident involved a bus and that it occurred at 3.10 p.m. on Tuesday, at Km 2, Line 3, Obajana, Kogi on Kabba-Lokoja-Abuja road.

He said that the injured persons were rescued by the corps’ personnel and were quickly rushed to a hospital in Obajana for treatment while the four bodies were deposited in the hospital’s morgue.

He said that the accident was caused by over-speeding that could not be controlled when one of the tyres deflated, resulting in a summersault.

“If the driver wasn’t on high speed, the accident might not have occurred or it could have been mild.

“It’s unfortunate that most times, you see drivers competing on the roads for no just cause but only to put their lives and those of their passengers at risk.

“We always advise that drivers should adhere to stipulated speed limits as provided for all categories of vehicles.

“They should always endeavour to conduct routine checks on their vehicles, including tyres before embarking on any journey and avoid the use of second hand tyres,” he said.