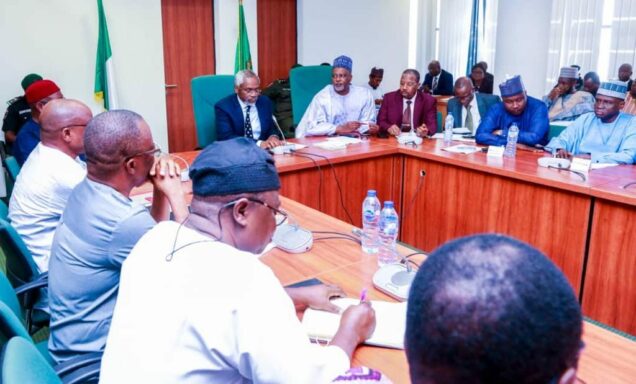 The Speaker of the House of Representatives, Rep. Femi Gbajabiamila and the leadership of the House are to meet President Muhammadu Buhari over the resolution of the ongoing face-off between the Federal Government and the Academic Staff Union of Universities (ASUU).

Gbajabiamila made this known at the National Assembly on Tuesday while addressing journalists after a 4-hour meeting with the leadership of ASUU, led by its president, Prof. Emmanuel Osodeke.

The officials of the Ministry of Education, led by the Minister of State for Education, Goodluck Opiah, were also at the meeting.

Speaking to newsmen, Gbajabiamila noted that on Buhari’s return from the 77th session of the United National General Assembly (UNGA) in New York, the House leadership will present the agreement reached with the striking workers.

Gbajabiamila noted that the meeting made “good progress and covered good ground” with some resolutions reached.

According to him, the issue of the deployment of the payment platform Universities Transparency and Accountability Solution (UTAS) as against the current Integrated Payroll and Personal Information System (IPPIS) calls for clarity before it could be tabled before Mr President.

The Speaker said as an independent arm of government, the meeting with the leadership of ASUU was meant to find solution to the lingering labour dispute and the seven areas of their demands with the hope of resolving them for the striking lecturers to go back to school.

According to him, the day’s meeting would enable the House Leadership to present the agreed demands to the President with the hope that the matter will be speedily brought to an end.

While thanking the labour leaders, Gbajabiamila also expressed his conviction that the labour leaders would go back to their members and convince them of the need to buy into the solution with the House leadership to avoid undue delay of the resolution of the issue.

On his part, Prof. Osodeke thanked the Speaker and the leadership of the House for calling the meeting.

The ASUU president added that he hoped an amicable resolution would be reached after the lawmakers’ meeting with the president.