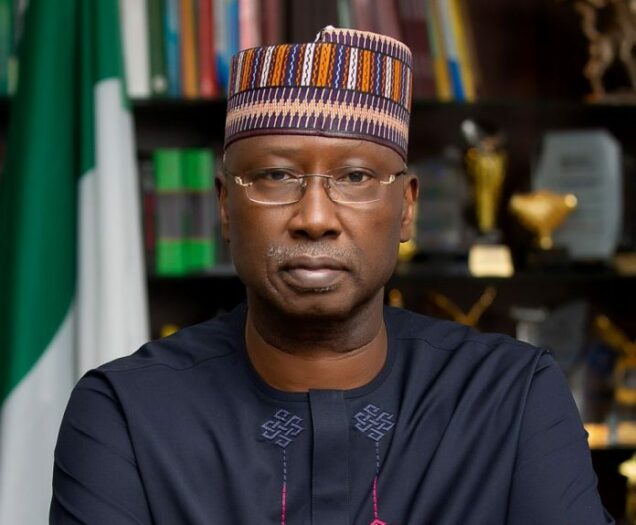 Boss Mustapha, Secretary to the Government of the Federation (SGF)

Boss Mustapha, the Secretary to the Government of the Federation (SGF), has called for the restructuring of political parties in Nigeria.

This, he said, was to change their focus to serving the people and entrenching democracy.

Mustapha stated this at the Goodluck Jonathan Foundation 2022 Peace Conference entitled “Nation Building: The Role of Peaceful Elections in a Multi-Ethnic Context’’ in Abuja.

He said “One of the institutions that will need remedy as quickly as possible, as an institution that produces the platform for electron processes is the political party.

“I have seen how the political parties have been disregarded in terms of institutional strengthening, in terms of making the platforms not only to canvass votes but also to initiate policies.

“To also be guiding the political party that is in power to ensure that the promises they made to the electorate are fulfilled.

“Not the agenda of the occupant of the office, but the philosophy and the direction of growth that the party has set for itself is accomplished,’’ he said.

According to him, in the past, the chairmen of political parties were in full control and they were performing.

Meanwhile, Mustapha said that the situation has changed as the parties turned to vehicles for electoral victory and not as a foundation to meet the need of the people.

“If they are faulty in their nature the conduct of the people that will occupy those offices will equally be faulty and the desire of the people of Nigeria to see good governance will continue to elude us as people,” he said.

Mustapha commended Jonathan for constantly reminding Nigerians of the need to re-engineer the electoral process.

He said this was not only for the purpose of transparency, equity, fairness and credibility in elections, but what the elections produced.