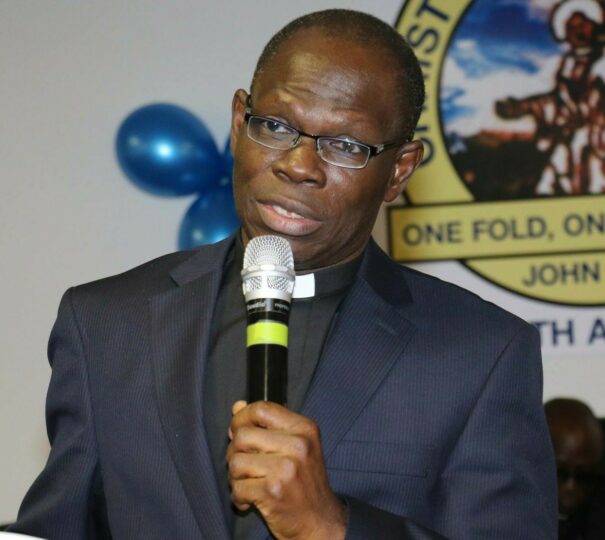 The President of Christ Apostolic Church (CAC) Nigeria, Pastor Samuel Oladele, on Wednesday, kicked against the same-faith presidential ticket presented by the All Progressives Congress.

Oladele made his opinion known during his address at the 2022 Pastors Conference of the CAC, held at the camp of the church in Ikeji Arakeji, Osun State, with the theme, ‘Grow in the grace and knowledge of the Lord.’

The cleric said the same religion ticket was improper for a country like Nigeria a multi-ethnic and multi-religion nation.

He, however, called on Christians in the country to vote for a presidential candidate that will protect their interest in the forthcoming 2023 general election.

He noted that the issue of the Muslim/Muslim ticket as chosen by All Progressives Congress’ presidential candidate, Senator Bola Ahmed Tinubu became an issue because of a lot of suspicious moves that had taken place after the 1993 general elections.

He recalled that Tinubu revealed in Abeokuta, Ogun State, that he turned down the offer to be President Muhammadu Buhari’s running mate in 2015 because both of them are Muslims.

He, however, queried why the APC presidential candidate reneged on the principle and went ahead to pick a Muslim, Kashim Shetima as his running mate.

He charged, “Throughout the course of human history, God has always sought men and women to stand for Him in the place of leadership – like Joseph in Egypt, David before Goliath the Philistine, Esther in Shushan and Daniel in Babylon.

“The forthcoming general election is one that we must be interested in, as we cannot afford to remain complacent while that affect our faith are being made.

“We shall be guided by the criteria provided by the Christian Association of Nigeria for the election of our next set of political leaders in Nigeria.

“I urge you to vote for candidates who will protect the cause and interest of Christianity in Nigeria. I make bold to declare loud and clear that the interest of the kingdom of God and of His Christ is more important than all other interests.

“Hence, the interest of God’s kingdom must guide our consideration of who to vote for in the forthcoming general election in Nigeria”

Speaking on the state of Nigeria nation, Oladele expressed concern over the political and economic situation of the country.

He called on Nigerians, not to despair but to be more prayerful for better days to come and also walk on the way of righteousness.

He urged leaders to create room for the restructuring of the country to save it from collapse amidst the worsening insecurity in the land, saying the call for restructuring is the only way out of Nigeria’s development quagmire.

He maintained that what the country needs to become stabilized is to restructure all sectoral institutions of the country, stressing that there was a need for a review of the nation’s 1999 constitution.

He said, ” It is an undeniable fact that we are in dire strait as a nation. The continued decline of socio-economic infrastructures as well as the nonchalance of those who are entrusted to provide the desired solution to these problems, calls for concern.

“However, we are not without hope because we have a God who rules in the affairs of men. Let us continue to call upon Him while we play our roles as responsible citizens of Nigeria. Righteousness remains the panacea to the reproach of our nation, Nigeria. Let us not only preach it but practice righteousness.”

The CAC President while speaking on the focus of the conference, the mister of God disclosed that the church wanted the pastors to be more fortified in the words of God for onward impact on members of the church in their various parishes.

He warned the pastors of the church to desist from acts of insubordination and other forms of misconduct, declaring that any pastor caught in unethical acts would be sanctioned accordingly.

“Postings It is considered a vital part of our sacred duty to obey the Church Authority in matters of transfers/postings Hence, all forms of intrigues either to influence or resist postings/transfer are considered unrighteous.

“Specifically, any pastor/minister who refuses to go on transfer from one station to another and goes ahead to incite Church Elders Council/members to achieve same shall be considered to have committed an act of gross insubordination and necessary disciplinary measures shall be applied.

“We have observed that some Pastors divert/misappropriate monies that they are supposed to remit to the Genera Secretariat, while some others suppress proceeds from our publication.

“Henceforth, such actions shall be treated as theft and those culpable shall be made to face appropriate disciplinary measures, including a refund of such money suspension and possible demotion from their present position,” he declared.