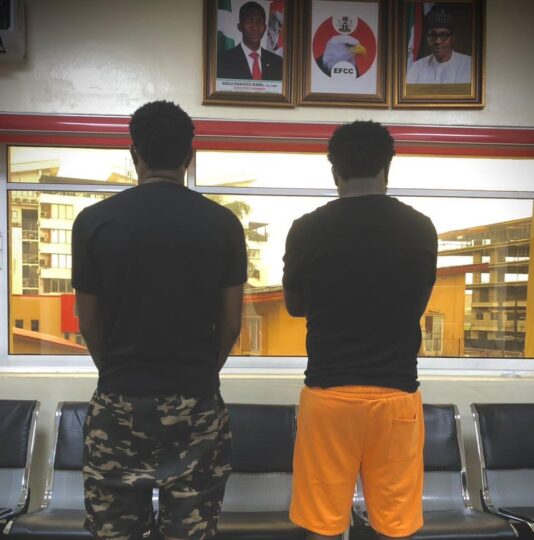 The suspects were arrested on Wednesday following credible intelligence available to the Commission on their alleged involvement in computer-related fraud.

At the point of arrest, several models of vehicles, phones, laptops and a gold necklace were recovered from them.

The suspects will soon be charged to court.