Tiwa Savage: Why I still look young and beautiful at 42 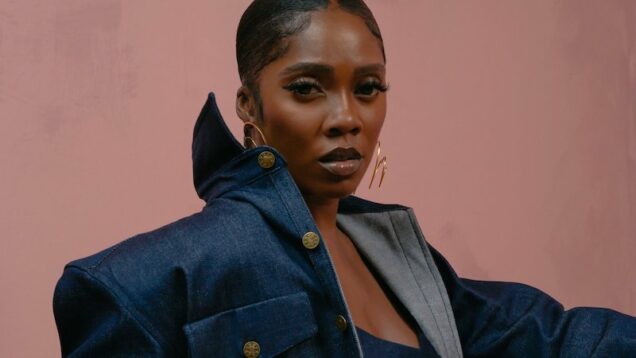 Tiwa Savage is indeed the Number One African Bad Girl, an epithet she has lyricised many times and lived up to. And she has etched herself in the consciousness of many across the globe by virtue of the numerous hit songs she has released and her ravishing beauty.

Ravishing beauty. Sure. At 42, Savage still turns men on. Men fawn over her and gloat about her sexiness. And many wonder about how this mother of one has been able to keep herself looking young and beautiful in spite of her craziness, her bad girl persona and the ravages of time and clime.

However, the multi award-winning singer has shared the secret to her youthful looks and beautiful skin. In an interview with Vogue magazine she revealed that her search for the perfect skin has not been a ride in the park. She happened on it after researching things.

“Growing up in Nigeria, I had black soap for my face and cocoa butter all over my skin. During quarantine, I started researching things and trying to get rid of my pigmentation.” She told Vogue. And since then, the results have been nothing short of glowing.

Savage said her skin care regimen starts with Barbara Sturm foaming cleaner. Then she uses Obagi’s eye cream every day and a and night and a little bit of Vitamin C serum.

Still, what makes her skin-care regimen unique is that it is made specially for her as the moisturizer Barbara Sturm has a little bit of her blood plasma.

“She takes the plasma from my blood to make this face cream only for me—only for Tiwa,” she said.

Then she adds sunscreen and Tata Harper’s hydrating essence to complete her beauty routine.

Savage also revealed that she doesn’t make use of foundation. According to her, she stopped using foundation ever since Super Model Naomi Campbell cautioned her against it.

“This is something that Naomi Campbell told me: she doesn’t use foundation, or hardly uses foundation… So I stopped using it. It takes a while for you to to get used to it. But that’s where that inner confidence comes in.”

Savage, also recounted how when she relocated from Nigeria to The United Kingdom at 11, she was not seeing girls with her complexion represented in beauty at the time. What she saw as the colour of beauty at the time was white. And that made her bleach her skin. “I actually tried to bleach my skin, so I was using these products to make you lighter,” she revealed.

However, once her mother discovered them, she encouraged Savage to me embrace and appreciate her natural beauty. Now with the inclusion of darker skin tones, it’s so much easier and so much better.

Savage also said one of the reasons she looks so seductive is that she does her eye brows herself. And as for her day-to night makeup routine, it all starts by perfecting her brows.

“Even if I have a makeup artist, I still do my eyebrows myself, she said while defining her arches with a concealer. Then she reaches for tinted spot treatment to combat post-acne scarring.

Savage, who believes in doing her own makeup, also pick up many of her makeup tricks by studying pro makeup artist techniques and often does her own goam.

“Nobody else knows your face better than you; if you invest the time in skincare and makeup, I promise you – it might seem overwhelming, (but) you’ll get the hang of it,” she maintained.

She also used tinted spot treatment to get rid of acne scars and conceals underneath her eyes and forehead with Laura Mercier’s loose powder andMac Powder.

Savage also said she doesn’t like covering all her dark spots because I feel like there’s perfection in imperfection.

Rather, she blend it all with NARS blush and Fenty Beauty highlighter and finishes off her look with her newly launched Mac lipstick.

“I always admire when I see women with red lips… It’s sexy, bold, and confident. I wanted to create a red color that would make me feel like that,” she averred.