How Ayu, ex-generals, PDP members gang up against me – Wike 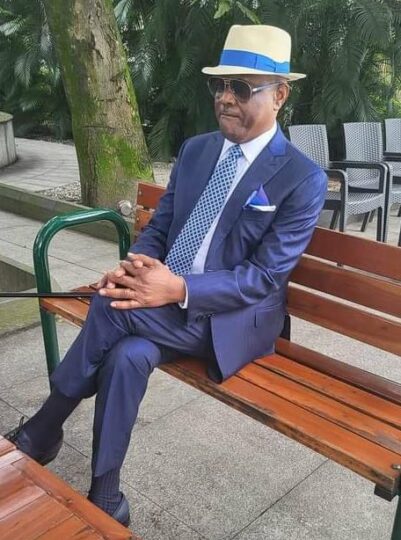 How Ayu, ex-generals, PDP members ganged up against me – Wike

Rivers State Governor, Nyesom Wike, said the National Chairman of the PDP, Iyorcha Ayu, championed the plan that made him lose the presidential ticket of the party.

He stated that part of the meetings was held in homes of ex-generals.

According to Wike, the meetings were part of what led to the delay in the commencement of the convention on the day of the PDP primary.

The Rivers State Governor said, “A whole national chairman told some aspirants that if Wike wins that he was going to resign. As chairman of the convention, he allowed Aminu Tambuwal to speak a second time. Look, integrity matters.

“And after everything, he (Ayu) went and hugged Tambuwal that he was the hero of the convention.

“Meetings upon meetings were going. Pressures were being mounted on people to step down.

“Even on the night of the convention meetings were going on. That is why we started our convention late.

“Some of the retired generals were involved. Some of the meetings were held in their houses. There is nothing they didn’t do for me to step down.

“Those who know me, know that I would have stopped the convention, even if heaven falls.

“But I said for peace to reign, let the convention go on. Now a candidate has emerged. And we need to win elections as a party. That is the ultimate, winning elections.

“But the right things must be done. It was agreed and it has been the practice of the party that if the candidate comes from the North, the national chairman should come from the South.

“The candidate (Atiku) knows all these. He even said it to me when he came to my house in Abuja.”

Wike added that PDP ignorantly planted a seed of discord by not zoning the presidential ticket to the South as APC did.

He said: “Those who thought they are too powerful, highly connected, and that they own the party said there should be no zoning of the presidential ticket – ‘leave it open and let the best candidate emerge’ – because they think they have the numbers.

“We jettisoned our constitution not knowing that we are laying the foundation, the seed of discord in the future.”