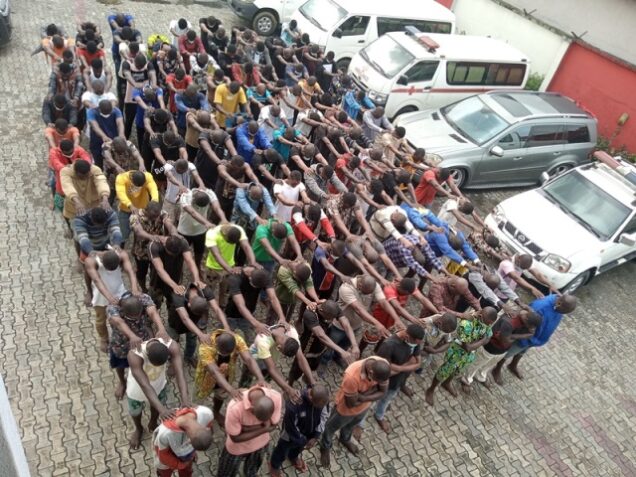 The Federal Government has announced the arrest of 210 suspects in its efforts to combat crude oil theft in the Niger Delta.

Alhaji Lai Mohammed, the Minister of Information and Culture, gave the figure on Friday in Port Harcourt after undertaking an aerial assessment of some hotspots along the Right of Way of the Trans-Niger Pipeline.

Accompanied by some journalists, the Minister also covered the Nembe Creek Trunk Line leading up to the Bonny Oil and Gas Terminal, which has been under force majeure since March 2022.

Briefing the newsmen after the 90-minute aerial survey, the minister disclosed that the continued efforts by the government security agencies had led to the confiscation of 20.2 million litres of automotive gas oil (AGO) and diesel.

“Since the post-COVID pandemic recovery of crude oil prices, Nigeria has been unable to meet its OPEC production quota, hurting the Nigerian economy.”

“Due to the nefarious activities of vandals, Nigeria has been losing out on producing approximately 700,000 barrels of oil daily.

“This volume is split between crude stolen and production deferment (shut-ins) due to legitimate fear of losing substantial volumes in transit.

“Terminal receipts have persistently declined, leading to decisions such as the Force Majure declared at the Bonny Oil and Gas Terminal in March 2022,’’ he said.