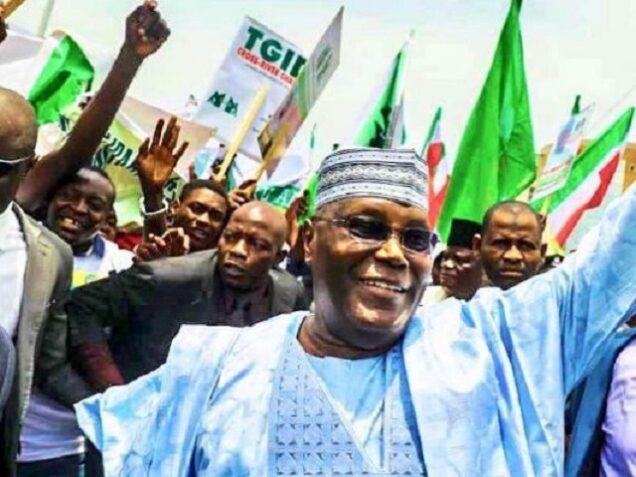 The Supreme Court on Friday struck out a suit seeking to compel the Peoples Democratic Party (PDP) to zone its nomination of a presidential candidate to the South-East Geopolitical Zone of the country.

In a unanimous judgment delivered by Justice Adamu Jauro, the court struck out the suit on the ground that it lacked jurisdiction to entertain the suit.

One of the PDP’s presidential aspirants, Cosmos Ndukwe, and former Deputy Speaker of the Abia State House of Assembly, had sued the PDP, the Chairman of the party’s Primary Election Planning Committee, and the National Secretary, Senator Samuel Anyanwu, and others praying that the scheduled primary election of the party be halted.

He had prayed for an order to compel the PDP to uphold its zoning and rotatory policies.

Ndukwe, specifically, sought an order of the court to compel the PDP to zone the nomination of its presidential candidate to the South East Geopolitical Zone.

However, Justice Jauro held that the suit was not justiciable on the ground that the nomination of candidates for election is an internal affair of political parties.

To prevent them from becoming statute-barred, Jauro invoked Section 22 of the Supreme Court Act to give a final resolution to all issues raised in the suit.

Ndukwe, who is currently the Abia Commissioner of Trade and Investment, had accused the PDP of refusing to honour its zoning arrangement.

According to him, the party ought to have zoned its presidential ticket for the 2023 presidential election to the South East.

He was also aggrieved over his disqualification from participating in the presidential primary election on the ground of alleged anti-party activity.

Earlier, Ndukwe had filed, along with the substantive suit marked: FHC/ABJ/CS/508/2022, an ex-parte application for an order to restrain the PDP from going ahead with the primary election until his suit was determined.

Instead, Justice Okorowo ordered the PDP and the other defendants to appear before the court on May 5 to show cause why the primary election should not be stopped in view of the pending suit by Ndukwe.

Dissatisfied with an order to show cause on why its primary election should not be stopped, PDP and others approached the Court of Appeal in Abuja with a request that the ruling of the high court be set aside on grounds of jurisdiction and competence of the suit.

In the appeal filed in Anyanwu’s name, the appellants claimed that the high court judge erred in law by denying him a fair hearing in breach of Section 36 (1) of the 1999 Constitution.

They argued that the plaintiff’s originating summons was not ripe for hearing and that the time for the defendants to file a counter affidavit against the suit had not lapsed when the judge gave the order.

The appellants claimed that the court erred in law when it failed to aver its mind to the provision of Section 84 (15) of the Electoral Act 2022 before making the order to show cause.

They further stated that the judge erred in not directing the plaintiff to put them on notice but rather, directed them to show cause on an ex-parte application allegedly anchored on an incompetent originating summons.

Meanwhile, the appellants asked the Court of Appeal to void and set aside the order of the FHC of April 28 asking them to show cause why the primary election should not be stopped.

However, the Court of Appeal in its decision of July 15 agreed with PDP and others that the FHC ought not to have entertained the suit on grounds of lack of requisite jurisdiction.

On his part, Ndukwe felt dissatisfied with the Court of Appeal’s decision and proceeded to the Supreme Court to have his suit entertained.

In the Supreme Court decision, Justice Jauro held that the Court of Appeal was right in holding that the FHC lacked jurisdiction to intervene in the matter.

He held that several judicial precedents have been established to the effect that the selection and nomination of candidates for elections are internal affairs of political parties and that no court should dabble in them.

Rather than remitting the case to the high court for a determination of the substantive matter, Justice Jauro invoked Section 22 of the Supreme Court Act to give final judgment, striking out the suit for want of jurisdiction and competence.

The other justices of the Supreme Court on the panel were Amina Augie, who presided, Mohammed Garba, Tijani Abubakar, and Emmanuel Agim.