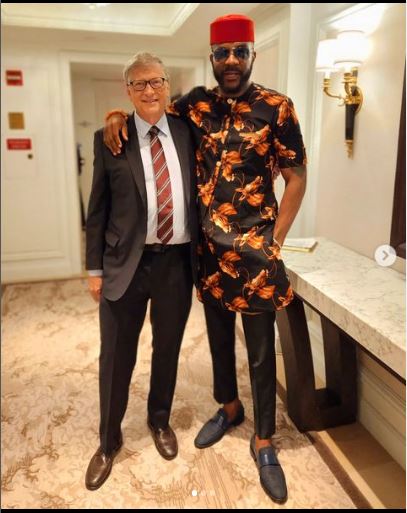 Ebuka took to social media to share photos of his meeting with the Microsoft co-founder and one of the world’s richest men, in New York.

He anchored the Goalkeepers 2022 Awards of the Bill and Melinda Gates’ Foundation.

The fashion-forward media personality who took to his Instagram to announce his meeting captioned his post, “When Big Bill met Nnakenyi”

Ebuka, who participated in BBNaija’s debut season in 2006, has been hosting the show since 2017.