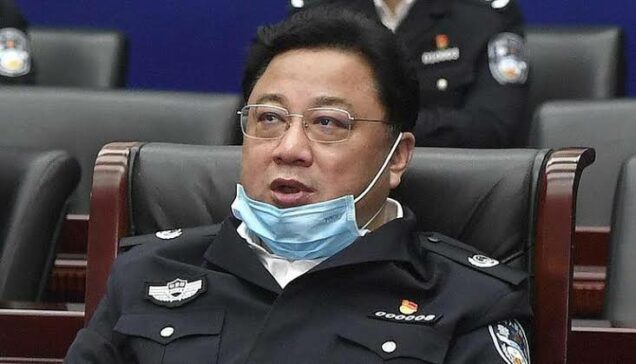 Sun Lijun, former vice minister of public security, was on Friday sentenced to death with a two-year reprieve for taking bribes, manipulating the stock market and illegally possessing firearms.

Sun was also deprived of his political rights for life, and all his personal assets were confiscated, said the Intermediate Peoples Court of Changchun in northeast China’s Jilin Province.

The court established that Sun received money and valuables totaling more than 646 million yuan (92.39 million U.S. dollars) by taking advantage of various positions he held between 2001 and April 2020.

The court also found that Sun manipulated stock trading in the first half of 2018, helping some other people avoid a loss of 145 million yuan.

The sum of bribes Sun had taken was specially huge, and his crimes caused a specially heavy loss to the interests of the state and people, said the court.

It added that the circumstance of his crime in manipulating the stock market was particularly serious, and that in illegally possessing firearms was serious.

The court said that Sun was granted a lenient sentence, considering that he had provided investigators with clues to other major cases, contributing to a major meritorious service for the investigation.

It said he had also confessed to all of his crimes, including some acts of bribe-taking that investigators were not initially aware of.

It added that he had shown repentance and had been cooperative in returning his illegal gains.

After the two-year reprieve for his death sentence, Sun’s sentence can be commuted to life in prison in accordance with the law, but no further reduction or parole shall be given to him, the court said.