NNPP breaks silence on leaders who dumped Kwankwaso for Tinubu 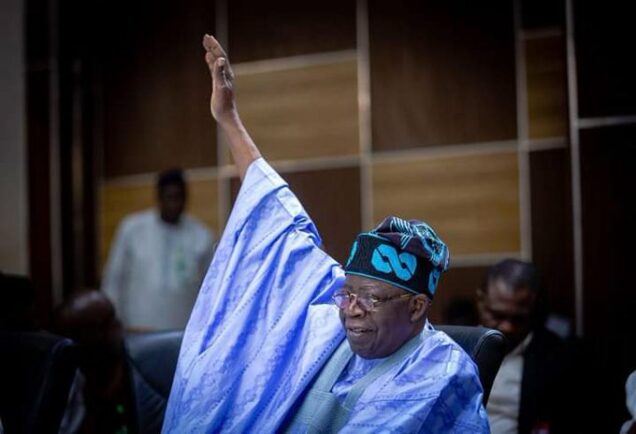 The New Nigeria People’s Party (NNPP) in Osun has distanced itself from some of the party leaders that endorsed the presidential candidate of the All Progressives Congress(APC), Sen. Bola Tinubu.

The Caretaker Chairman of the party in the state, Alhaji Abdussalam Abdullateef, made clarifications at a news conference on Saturday in Osogbo.

He urged Nigerians to disregard the claim that Osun NNPP endorsed Tinubu.

Abdullateef said four members of the party who endorsed the APC presidential candidate were “on their own.”

According to him, the only presidential candidate known to the NNPP is Sen. Rabiu Kwankwaso, “who has all it takes to give our dear country a new lease of life come May 29, 2023, and beyond”.

“We in the Osun NNPP want to reaffirm our support for His Excellency, Sen. Rabiu Musa Kwankwaso, the Presidential Candidate of NNPP.

“He is the most qualified of all the presidential candidates in Nigeria, in terms of education, work experience, political maturity, and closeness to the grassroots,” he said.

Abdullateef stated that some past leaders of NNPP in the state were in the habit of using the party to trade for personal interest, which he said led to the change of leadership of the party.

“It may interest the world to know that the leadership of NNPP at the National level has decided to put a stop to this betrayal habit, resulting in the change of the State leadership in Osun State.

“The after effect of the change was the show of shame by four candidates of the party, who purportedly endorsed another presidential candidate as witnessed.

“If candidates of a political party endorse the presidential candidate of another party while still holding on to the mandates of NNPP, their action did not come to us as a surprise.

“Once again, we outrightly dissociate Osun NNPP from people of unstable credentials and anti-party characters.

“As for the genuine members of the party in the state, we further affirm that all candidates of NNPP in Osun State are working towards success at the 2023 polls”, he said.

The four candidates of NNPP in Osun state in the 2023 elections had on Wednesday declared support for Bola Tinubu.

Addressing the media in Osogbo on behalf of other candidates, Bamigbola further said, “In view of the prevailing circumstances within our party and after due consultation and approval of our supporters, we wish to announce and declare our support and endorsement to the All Progressives Congress presidential candidate, Asiwaju Bola Tinubu.

“This is as a result of our dissatisfaction with the leadership of the party at the National level, coupled with the inability of the party stakeholders to work in accordance with the principle of justice, law and undemocratic running of the party.”

He further stated that good governance and dividends of democracy would be guaranteed for Nigerians under Tinubu’s presidency.

“Passion for good governance and capacity to deliver dividends of democracy, which can realised under a new Nigeria, can be found in the APC presidential candidate, Senator Bola Tinubu,” Bamigbola said.