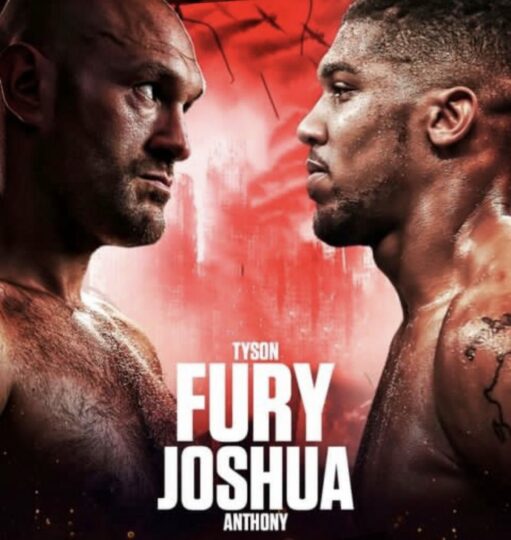 Tyson Fury has set Anthony Joshua a deadline of Monday to sign a contract for their hugely anticipated all-British showdown or forget about facing him for the world heavyweight title.

There have been protracted talks between the two camps of World Boxing Council champion Fury and Joshua, a former holder of the sport’s other major heavyweight titles.

Only last week the deal, based upon a 60-40 split in Fury’s favour, was said to have been accepted by Joshua’s management team.

Veteran promoter Frank Warren said a contract had been sent to Joshua’s camp.

Eddie Hearn, the promoter of Joshua, added minor issues remained to be resolved ahead of a fight expected to take place before the end of this year.

Fury, however, is now convinced Joshua is trying to back out, prompting an expletive-filled social media post about his rival on Friday.

He remained highly critical, if more measured when talking about Joshua on Saturday.

“I was optimistic about three weeks ago but it shouldn’t be taking this long to sign a contract,” Fury said in a video posted on the Twitter feed of Queensberry Promotions.

“We’ll know by Monday anyway because if it’s not done by Monday then I’m moving on.”

“I’m not waiting around for some guy who’s lost three of his last five fights. He’s lucky that I’m giving him a world title shot.”

The 34-year-old added: “He is an invited guest at my party – my rules. So, if you want to play the game, come to the banquet and take your seat.”

Warren, however, remained optimistic the fight would go ahead, telling BT Sport: “There is a meeting taking place on Monday and I am hoping that is going to resolve what I feel is just a few outstanding issues, not for us, but it seems for them.

“Let’s hope they are good as their word and they don’t duck out of it.”

Fury made the offer for a ‘Battle of Britain’ bout with Joshua after it emerged Oleksandr Usyk, the WBO, IBF and WBA champion, had ruled out fighting again until early next year.

Fury announced he was retiring on his 34th birthday last month, having previously performed a number of U-turns over his future in the sport.

But in a video posted on social media earlier this month, he challenged Joshua to a showdown.