Obaseki to suspend pensions of retirees over mismanagement of Water Corporation 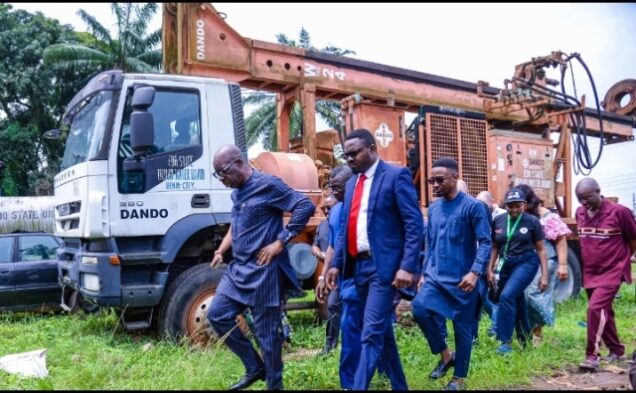 Retirees of Edo State Water Corporation found culpable in the mismanagement of the Corporation’s will have their Pensions suspended, the State Governor, Mr. Godwin Obaseki has threatened.

Obaseki, who stated this while inspecting the building and equipment of the Corporation at Sapele Road in Benin City, the State capital, said his government would probe the mismanagement, adding that all those found culpable will be prosecuted accordingly.

Accompanied by the Commissioner for Physical Planning, Housing, Urban and Regional Development, Isoken Omo and other top government functionaries, Obaseki said his administration would set up a probe panel to investigate and ensure the prosecution of all those who mismanaged government assets and resources at the Corporation.

“I will set up a probe panel to investigate, try and prosecute all those suspected to have contributed to the waste we see here today. I will suspend the pension benefits of those found wanting. They will all come and account for all the assets of the Water Board.