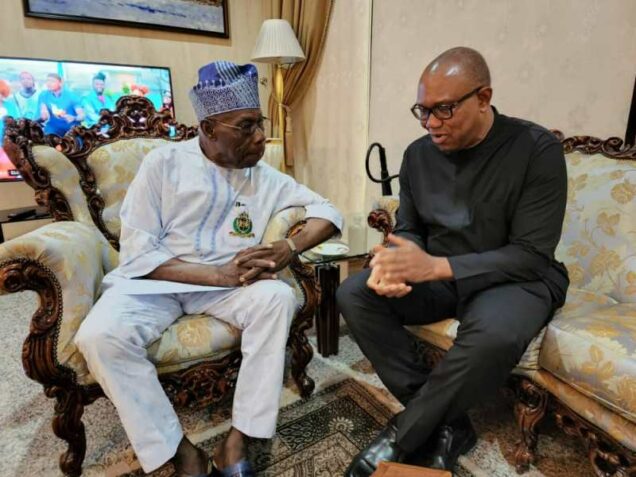 This is the third time Obi has met with Obasanjo as he is pushing to become Nigeria’s president next year.

The Labour Party’s presidential candidate uploaded photos of the visit on his Twitter page on Monday,

He said he deeply appreciated the opportunity to hold extensive discussions with Obasanjo on Monday.

Obi said he discussed extensively with the former president on issues bothering on national interest.

According to him, the exchanges were forthright and animated as usual.

“I deeply appreciate the opportunity to hold extensive discussions with President Olusegun Obasanjo earlier today on arising national interest matters. As usual, the exchanges were forthright and animated,” he wrote on his Twitter page.